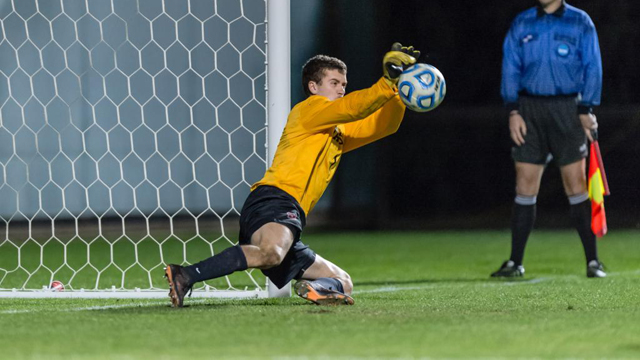 The NCAA Division I men’s soccer tournament heads into its third round this week with only 16 team left in the chase. The top nine seeds all advanced to the next stage of the competition.

Only four unseeded teams from the initial bracket remain after two rounds of games. Penn State knocked off UC Santa Barbara 1-0 on Sunday to pull the biggest upset and drop the No. 10 seed from the competition. The Nittany Lions defeated St. Francis Brooklyn 1-0 in the first round of the tournament. Penn State checks in this week at No. 12 in the TDS Top 25.

Stanford and Connecticut round out the list of unseeded teams. The Huskies defeated No. 16 seed UMBC in the second round in a penalty kick shootout. UConn checks in at No. 10 in this week’s Top 25.

Stanford, meanwhile, is living the charmed life. The Cardinal scored with 17 seconds left in the first round game against Loyola Marymount to force overtime. After two scoreless 10-minute periods, the two teams had to be separated by penalty kicks where Stanford fell behind 1-0 again. However, the Pac-12 squad made three in a row to win it 3-2. In the second round, Stanford went on the road and upset No. 15 seed Cal State Northridge. Stanford checks in at No. 16 in the TDS Top 25 this week.

With the top seeds holding serve, the top five did not receive much shake-up beyond California slipping into the fold.