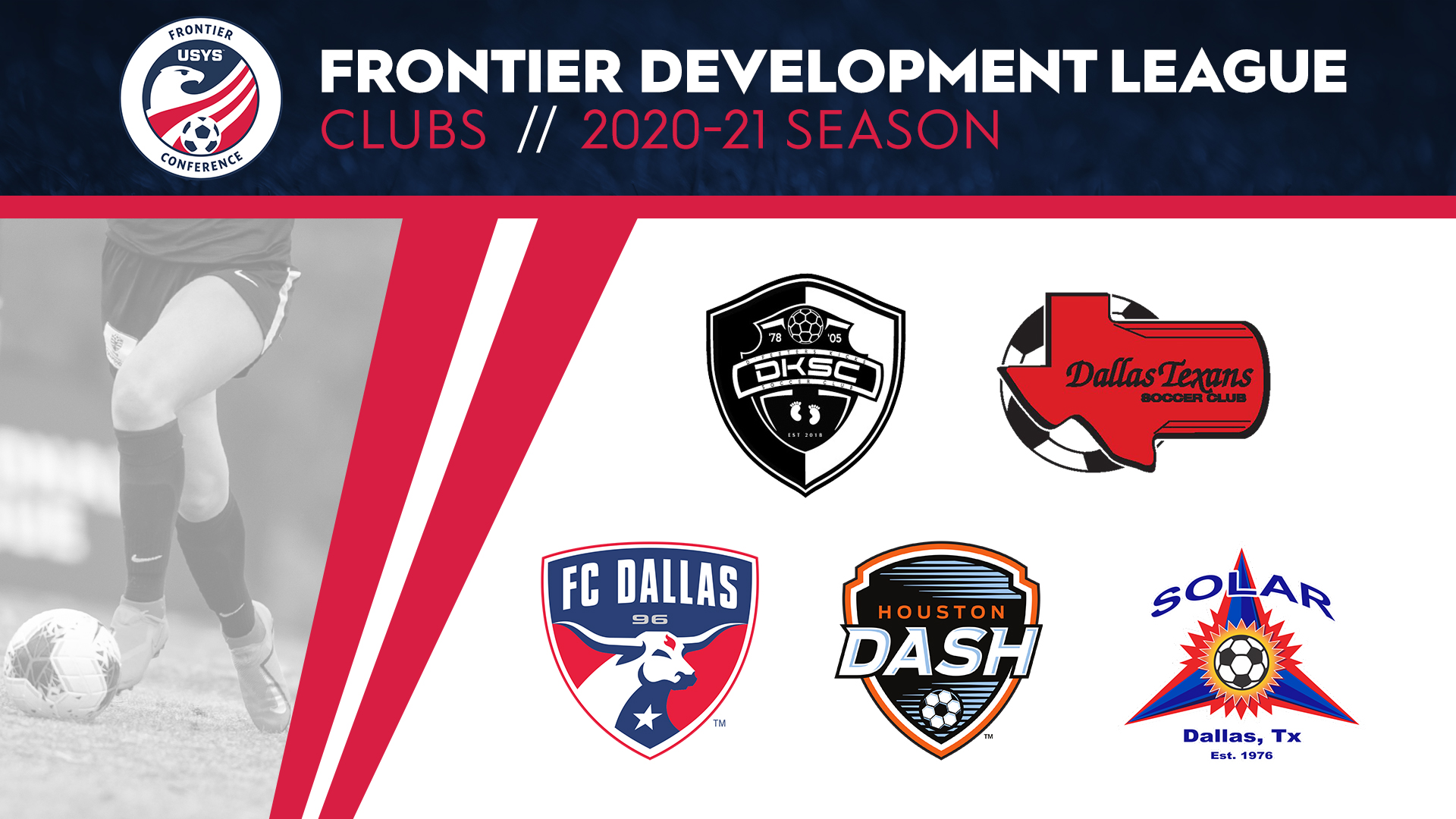 In its first two seasons, the Frontier Development League (FDL) was composed of member clubs who had a full U.S. Soccer Girls Development Academy (DA) program. With U.S. Soccer’s recent termination of the DA, the FDL will continue to serve the needs of clubs within the Frontier Conference by providing a highly competitive, stable and consistent platform with opportunities into other USYS competitions, including the newly created National Showcase Series.

The FDL will offer competition for girls in the 13U, 14U, 15U, 16U, 17U and 19U age groups for the 2020-21 season. Each club participating in the FDL will field at least one team in each age group. The league will operate on a home-and-away schedule, with teams traveling as a club to each opposing club once during the season.

Developed in 2018, the FDL formed as a club-based league to address the needs — namely, player pool depth and development, staffing, and college recruiting — of the Girls Development Academy Clubs within the Frontier Conference.

“The Conferences want to lead the way in supporting the player development pathway within the United States, and FDL is a product of that initiative,” said Mike Leland, League Manager of the Frontier Conference and the Frontier Development League. “Because the FDL is club centric, it’s adaptable to the ever changing landscape of competitive youth soccer.

“With U.S. Soccer discontinuing its DA program, the FDL will continue to provide a stable competitive environment for our member clubs while also adapting to include additional clubs looking for a similar league structure. Now that the groundwork has been laid, we will work with our clubs to further develop the girls program and evaluate the marketplace for a boys program.”

Here is what some of the club leadership is saying about being a part of the league:

“The Houston Dash are thrilled to be participating in the Frontier Development League this year. We value the opportunity to compete against other clubs across different platforms. We are 100 percent sold on the development model associated with the club vs. club format. Clubs take responsibility for the development of every team and every player, then you go to battle against other top clubs to evaluate the progression of their program. US Youth Soccer has done a great job to evaluate the landscape and make changes to enable this type of format and we believe it will help raise the level of play both regionally and nationally.” – Randy Evans, Director of Coaching for Houston Dash.

“The FDL fits perfectly with our focus on building a different type of player at DKSC, which includes providing an array of high quality opportunities for the players in our club to compete against different opponents in various formats. We are honored to have been accepted into FDL and look forward to a great experience for our players.” – Juan Martinez, Club President for D’Feeters Kicks Soccer Club.

The Frontier Development League falls under the administration of the National League Frontier Conference, which is part of the network of conferences in the reimaged National League. For more information on the program and its conferences, click here.