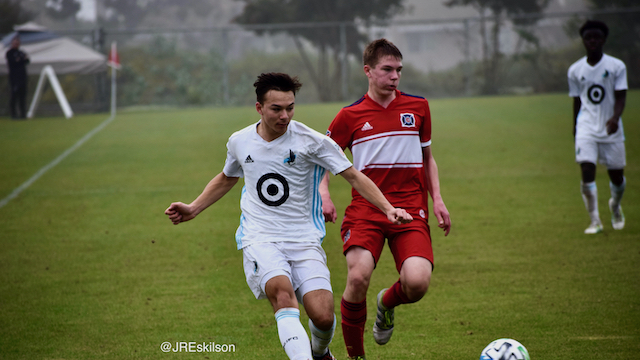 Over the weekend, an article came out in the Twin Cities Pioneer Press that described the current situation with the Minnesota United Academy, as players and parents look to leave the MLS youth club following some troubling decisions.

Minnesota United has elected to either fire or furlough most of the youth team coaches, which left the parents of players on those teams justifiably frustrated about the direction of the club. According to one source, the 75 players in the academy were informed of this decision on June 26, potentially leaving players in the lurch for 2020-21.

Manny Lagos, the Chief Soccer Officer of the Franchise, held a call with parents to help ease some fears, but they left the call with more questions and a belief that Minnesota United is planning not to field teams in 2020-2021 according the article.

“It was just a bunch of words,” according to a parent quoted in the article by Andy Greder. “It was really just beating around the bush. No answers. Didn’t officially say there wasn’t any team next year, but put it as, ‘Join your local club for now and we’ll call you when we figure out what is going on.”

This is not an individualize problem though. Minnesota United is looking at the economic reality of not having a traditional MLS season in 2020. The lack of an income is going to leave a lot of owners looking at cost-saving measures.

The trickle down hurts coaches, players, parents, and everyone else along the way. Abandoning the youth club for just one season can have long-term ramifications, as Minnesota is experience with players moving onto other options immediately.

In the piece Greder cited youth players leaving for New York Red Bulls, Real Salt Lake, and Sporting Kansas City. They could be just that start with other options available to players beyond the MLS world if Minnesota fails to field teams in 2020/2021. There are also some very talented coaches from that academy who will be assessing options as well, which is the long-term consequence of possibly shutting down the youth club for an extended period of time.

Minnesota’s publicized description of the tough times should not be viewed in a vacuum. There are other MLS franchises that are not fully committed to their academies as well, and the first speed bump in the road will send them to the balance sheet to see where costs can be quickly eliminated from the tally.

The MLS franchises with forward thinking management look at this with hungry eyes. Youth Academies do not show results in days or weeks. They are measured in success over years. While Minnesota fires coaches, Real Salt Lake Academy announces a new wave of talent heading to Utah next season after diligent scouting for the past few years.

This is the type of decision that drives home the point there are the haves and the have nots in MLS, but also in the MLS Academy ranks. Minnesota is the one in the spotlight today, but they are not alone - and Real Salt Lake, New York Red Bulls, Sporting Kansas City, and others are ready to take advantage so they can get a leg up on the competition.