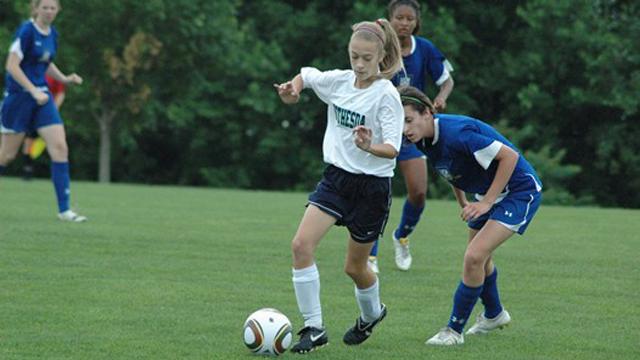 Starting Friday, more than 2,000 players and 126 teams will kick off the latest ECNL Showcase in San Antonio, Texas.

In three short days, a little more than 200 games will be played as the elite players from across the United States compete to standout as the ECNL season continues.

TopDrawerSoccer.com will have updates from the action this weekend and Monday, as well as a comprehensive recap next week. Of course the results will be drawn from at our next scheduled update of TeamRank.

The difficulties of tournament play are well known, particularly for those teams who have to get on a plane in order to make the trip. Teams must combat the fatigue of travel and make the adjustment on the fly. 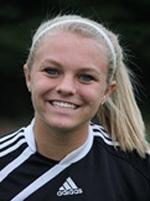 FC Virginia's Brittany Basinger
“We have a routine that we go through once we get off the airplane, within 3-4 hours of landing we try and train which we’ll do down in San Antonio,” FC Virginia U17 coach Paul Ellis told TopDrawerSoccer.com. “It puts them in the right mindset for the job at hand.”

Along with the competitive incentives of the ECNL National Standings, it’s a big weekend for those girls still uncertain about their college future. More than 200 college coaches are expected to be in attendance at the three-day showcase.

Of course, with teams descending into Texas from all corners of the country, it creates an unusual challenge for coaches, having to face unfamiliar talent at different points in their season.

“I’m not really sure [what to expect] because the teams we’re playing, some of them may be heading into high school season, some could be like us, in early mode,” Bethesda SC U16 coach Dave Nolan told TopDrawerSoccer.com. “They’re going to be three challenging games – I’d certainly like us to pick up as many points as possible.”

MORE ECNL ARTICLES: FC Virginia U17 is on a high |  ECNL teams mix it up

Here’s a look at what various teams have at stake this weekend:

For some teams at this level, like Crossfire Premier and Washington Premier, the ECNL season is just getting started. Both of the Northwest Conference clubs have played just a single game on the season, and will have to handle the challenge of playing teams such as Minnesota Thunder Academy and CASL.

Others, like Colorado Rush, are trying to continue a successful season. The Rush, which is top of the Mountain West, has a record of 14-1-0, and will look to boost up the National Flight A Standings when playing Lonestar SC, Dallas Sting and KCFC this weekend.

The big story at this age level is Kansas City FC and its chase of the No. 1 spot in the National Flight A Standings. Entering the weekend with a perfect mark of 17-0-0 in its Conference, KCFC is led by the goal-scoring exploits of Abigail Sieperda, with 16 on the year. The club faces Charlotte Soccer Academy, Bethesda SC and D’Feeters SC this weekend.

Teams poised to make a run at KCFC and Ohio Elite at the top of Flight A that will be in San Antonio include Colorado Rush, Crossfire Premier.

Like the U15 age group, the Rush has a strong conference record of 11-1-1 that it’ll look to carry into the showcase. A successful weekend against Dallas Sting, D’Feeters and Carmel United could have the Colorado club push up the national standings.

The CASL Chelsea ladies fit in the category of clubs nearing the end of their respective seasons. These three games in San Antonio – against Carmel United, Dallas Sting and Michigan Hawks, are the final three games currently scheduled, and one final opportunity to finish near the top of the Flight A Standings.

The Dallas Texans are near the top of the Flight A Standings, and have yet to lose a game so far this year (9-0-0 conference record). With one of the shorter trips to the Showcase, it’ll be an opportunity to boost their record against Sockers FC, Bethesda SC and Washington Premier.

In the National Flight B Standings, the Utah Avalanche and FC Milwaukee both have a chance to climb. Utah, with just a single win in the national standings, faces Bethesda SC, Lonestar SC and Penn Fusion, while FC Milwaukee, boasting a 6-0-1 national mark, takes on TSC Hurricane, East Meadow and Virginia Rush.

Travis Clark is a staff reporter at TopDrawerSoccer.com. Follow him on