Men's recap: Does the west have a contender? 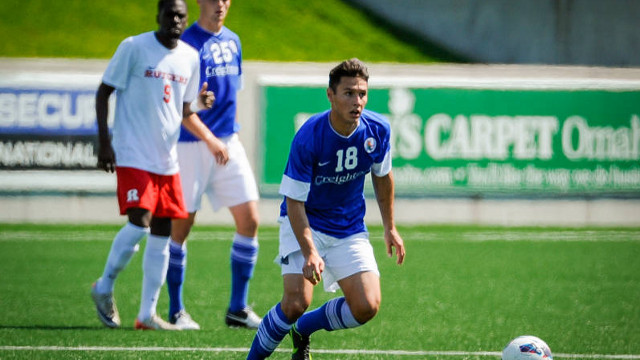 After six years of shortcomings, could 2012 finally mark the return of a team from outside the Eastern Time Zone to the NCAA Championship game?

On a blustery winter day in St. Louis in 2006, the UC Santa Barbara Gauchos and UCLA Bruins met for the NCAA Division I National Championship. The Gauchos won that game 2-1 for their first title in program history.

Half a decade later, no team from outside the Eastern Time Zone has made it to the title game.

Last Friday, #5 UC Santa Barbara (6-0-2) and #8 UCLA (5-1-2) met again in a 1-1 draw with freshman Ema Boateng’s game-tying goal drawing most of the postgame attention. However, the question that lingered (maybe only in my mind) after the game and into the latter part of the weekend was about the long-term prospects of each squad. Is either good enough to snap the streak and return to the NCAA Championship game? 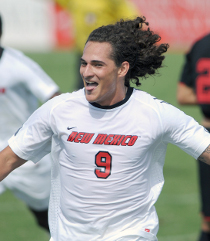 UC Santa Barbara remains a bit of mystery despite five weeks of film. The Gauchos have yet to put together a stretch of games where everyone on the squad was healthy. Currently, it is striker Achille Campion, midfielder Machael David, and defender Peter Schmetz, all starters when fit, who are sidelined with nagging injuries. Despite this constant battle with getting everyone on the field, UCSB is still undefeated heading into Big West play for the first time since 2004.

Yet, how much can you really read into that unblemished record? UCSB had two teams back out of its 2012 schedule and was forced to replace them, on short notice, with less-than-RPI-pleasing substitutes.

And while the makeup of this team offers more depth than in years past, the uncertainty about how the speedy, skillful, and slightly undersized Gauchos will handle overly physical opponents in playoff games remains in the forefront. After all, college soccer (Akron excluded) is predominantly defined by defensive play and strong goalkeeping.

UCLA, on the other hand, is cut for a completely different cloth. The Bruins, smart, physical, and effective, play a style that covers up weaknesses and dictates how the game will be played regardless of opposition.

On Sunday, the Boys of Westwood strung together a 10-minute stretch where Cal Poly (5-3-0) was not able to get the ball or cross into the attacking third. Jorge Salcedo’s side had every excuse to be tired on the day after playing a double overtime draw on Friday, but holding possession for long stretches allowed the Bruins to let the ball do the work instead of their legs.

UCLA is not perfect though, and the lack of production from the attack over the weekend is a succinct example of the team’s shortcomings.

Over the course of the UCSB and Cal Poly game (200 minutes), the Bruins only managed three shots on goal. Impressively, two of those shots found the back of the net (the other required a good save from Cal Poly keeper Wade Hamilton), but that type of effectiveness is not sustainable.

Will UCLA be able to generate shots on goal when it is forced to chase the game? Can UCSB stay healthy for more than one game? Post-season ambitions may depend on the programs answering those questions.

New Mexico (7-1-0) deserves to be in the discussion among the best teams outside the Eastern Time Zone with realistic ambitions at claiming the title in December.

Senior striker Devon Sandoval is proving to be too physical for most collegiate defenders. The local boy has seven goals on the year to lead the Lobos in scoring.

Without an American football program, the Creighton Bluejays cherish their soccer program unlike almost anywhere else in the land. So Homecoming weekend, which was on Saturday, in Omaha is a big deal for the #11 Jays (5-2-1) men’s soccer team and the campus.

Over 3,600 people showed up to catch the game, and the Saint Louis Billikens made sure they all went home disappointed. Two goals from substitute Raymond Lee helped the visitors beat the Jays 3-1.

The #40 Denver Pioneers (5-1-2), new to the rankings this week, have now won five games in a row prior to the start of conference play. Supersub Brian Hoyt has been a major contributor to Denver’s success.