New Mexico won big, but did it really help? 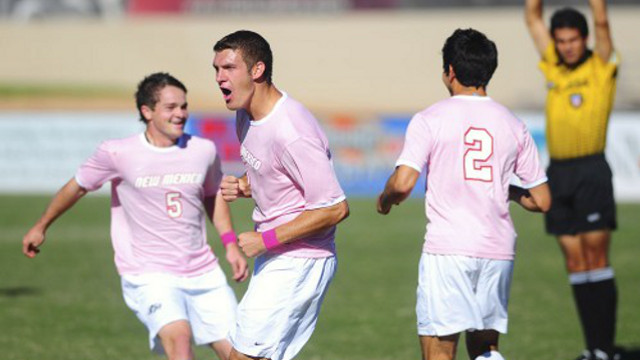 Over three thousand souls witnessed a crime on Friday night in Albuquerque, New Mexico, and no one even bothered to report it.

Of course, that is being facetious. The on-field shellacking New Mexico (12-3-0) gave UNLV resulted in nothing more than a few bruised egos.

The #12 New Mexico Lobos scored four goals in the opening 15 minutes against UNLV (5-11-1) on Friday, and then added seven more goals for insurance on the way to a 11-0 victory. 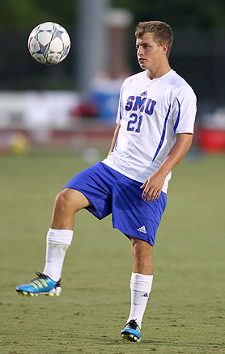 New Mexico scored more goals in that one game than 14 Men’s NCAA Division I programs have scored this season. The 11 assists in those 90 minutes would rank New Mexico, as a team, at 158 in the nation for the season – better than 37 programs.

Historically, the result just looks uncharacteristic. Albeit loaded with talented attacking talent, the Lobos had not managed more than three goals in a game prior to Friday’s massacre.

Equally as surprising, the Lobos did not suffer any slipup in the next game with an even more impressive 2-0 victory over CSU Bakersfield. Although New Mexico has won three straight, it still sits in second place in the Mountain Division of the Mountain Sports Pacific Federation behind Air Force (8-6-2).

Ironically, it would actually be more beneficial to New Mexico to finish behind the Falcons in the conference standings. Given the precarious nature of the RPI (Ratings Percentage Index), the Lobos actually gain more from Air Force winning out the rest of the season.

Air Force defeated New Mexico twice already this season, and any loss by the Falcons would have a negative influence on New Mexico’s RPI, which already conspicuously sits at #10 despite quality road wins over UCLA (9-2-2), SMU (9-3-3), and UAB (8-5-2). The MPSF also has a postseason conference tournament.

Bruins back in charge

UCLA (9-2-2) did not play this week, but managed to regain control in the Pac-12 due to Washington (10-3-3) dropping points against California (8-5-2) on Friday. The Bears and Huskies played to a 1-1 draw after 110 minutes, which reopened the door to a UCLA comeback in conference play.

Washington sits on 17 points after seven games, while UCLA is on 12 points after five games. The top two teams in the conference play on Sunday in a rematch of the meeting from earlier this month, which the Huskies won 2-1.

Prior to the UCLA meeting, Washington faces San Diego State on Friday. A win for the Huskies guarantees them a top two finish in the conference.

SMU retained the top spot with a 3-2 win over Florida International on Friday. Tyler Engel, Eddie Puskarich, and Ben Hill scored for the Mustangs. Tulsa kept pace with a 3-1 win over UCF behind goals from Bradley Bourgeois, Omar Mata, and Bryce Follensbee.

The Wildcats of Kentucky had the loudest outburst of the week with a 5-1 victory over Florida International. Junior Dylan Asher scored three goals for the home team in the win.

Cal State Fullerton’s 5-4 win over Cal State Northridge on Friday is probably the best representation of the Big West Conference this season. The final result made nobody’s season, but it was entertaining.

Cal State Northridge(m) is the favorite, at this point, to win the South Division of the Big West, and really only needs three points from its final three games, but nothing is set in stone yet.

Fullerton’s win against the Matadors, thanks to three goals from sophomore Ian Ramos, puts it in second place in the South Division. The top two teams from each division advance to the conference tournament in two weeks.