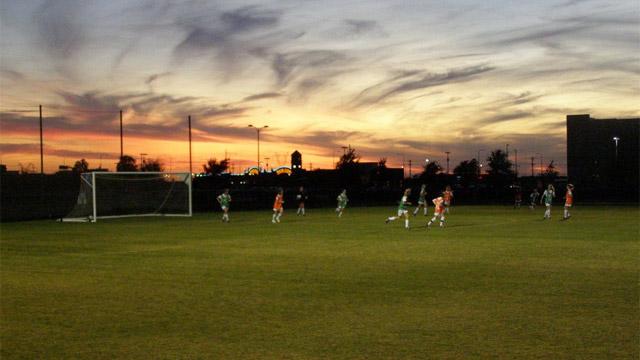 It is by no means a vacation though. The team, assembled from players all across the nation, is heading to Spain for ten days of training and learning, which also includes three scheduled games against top youth academies.

“If you selected the ideal soccer destination based on the last few years, I think Spain would be the most rewarding trip for you,” McKeown told TopDrawerSoccer.com. “The way they play is certainly how we would like to play.”

The trip is put on by US Club Soccer’s id2 program, which was established in 2004, as a means to identify and develop the country’s elite youth soccer players, while also scouting the top talent for inclusion in the U.S. National Team program.

Kevin Silva
The program is open to all players regardless of their club’s affiliation. There are four camps held across the country each year where potential players are indentified for possible inclusion for the national selection tour.

Two years ago, current U.S. Residency Program members Corey Baird, Ade Taiwo, and Wesley Wade starred on the trip that toured through the Netherlands and Germany.

McKeown was reluctant to put any comparisons in place between this year’s tour and the team from two years ago, but he did say, “We have some very good players this year.”

The coach went on to talk about how influential this opportunity is for players to see how other countries cherish the sport.

“It is an opportunity to matchup against kids in completely different situation than our players,” said McKeown referencing the competition. “This will be a step up and we anticipate some good games.”

The tour begins with a split game against UE Cornella and RCD Espanyol on Sunday. Then the American team will face FC Barcelona on Tuesday, before ending the tour against Atletico Madrid on Thursday.

“I think it is really important,” McKeown said about having two returners on the team. “They know what to expect heading into this. One of those guys will likely be the captain of the tour.”

The coach does anticipate some nervousness from the players, as they face off against some of the best club’s in the world.

“All of the guys are going in with their eyes wide open,” said the coach. “I’m sure they’re nervous with the names we are playing against, but there has to be a little belief.

“In previous tours, we played against Ajax and Celtic. Quickly, the players realized it is just 11 guys against 11 guys, same game.”

Although there is no scheduled practice time for the team before landing in Spain, McKeown did not seem too worried about how his squad would work together.

“It is difficult to get a bunch of kids together, but they’re all good players, so they have a similar mindset heading into this,” said McKeown. “Obviously, there will be some issues with awareness and communication, but we work on that by shaping the back four and talking about expectations.”

The coach added that the overreaching theme of the trip is to absorb the culture and the soccer in Spain.

“We make it a point of humility, we are there to learn and respect the history,” said McKeown.

The tour also includes the group attending the La Liga fixture between Atletico Madrid and Barcelona next Sunday, before the group returns back to the States.