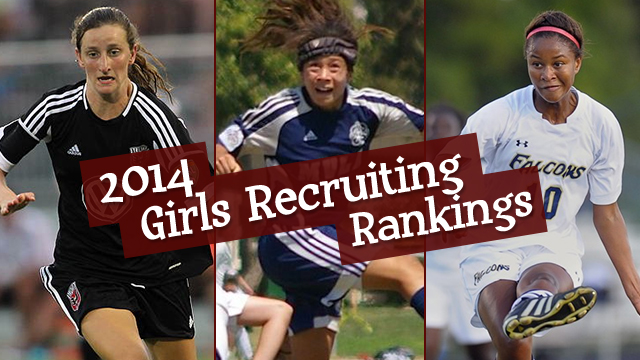 Signing day for 2014 is some ways off. But given the early nature of elite girls soccer recruiting, a lot of classes for next year are already set.

Plenty could still change, as 2013 shows, with even some of the best players changing their mind and making a late commitment switch. Early signs suggest that the usual suspects are set to bring in some of the top classes for 2014.

Here are TopDrawerSoccer.com’s Top 10 women’s recruiting classes for next year for March 2013. The rankings will be refreshed every month or so:

Once again, there is no shortage of highly ranked recruits on the commitment list for the Cardinal, including the top two of the IMG Academy 150, Andi Sullivan and Sarah Robinson. 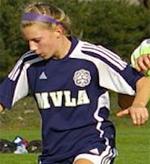 But the quality doesn’t stop there, with commitments also secured from MVLA midfielders Jaye Boissiere (No. 14) and Zoe Pacalin (No. 25), Washington Premier FC forward Mariah Lee (No. 47), So Cal Blues goalkeeper Alison Jahansouz (No. 62) and San Diego Surf midfielder Kyra Carusa (No. 86).

With seven ranked recruits, it’s hard to imagine the Cardinal being knocked off its perch over the next year.

Coming closest to Stanford’s class at the moment is Duke. CASL defender Morgan Reid, who played with the U.S. U17s in 2012, along with dynamic forward Imani Dorsey of Freestate Soccer Alliance are ranked third and fourth respectively in their class, giving a strong twosome for the Blue Devils.

Expected to join that duo are Michigan Hawk Ashton Miller (No. 22), Freestate’s Casey Martinez (No. 31), FC Stars of MA’s Abigail Pyne (No. 84) and PDA defender Schuyler DeBree (No. 120), giving the Blue Devils the second best class at the moment.