Today we release another summer update for the Players To Watch National Top 150 Ranking on TopDrawerSoccer.com This time it is the 2016 Girls graduating class we are revisiting.

As part of our continuing effort to improve Players To Watch, we are now ranking four graduating classes each of boys and girls. This is the last of our summer updates. In September we will being our Fall updates with the 2013 Boys. 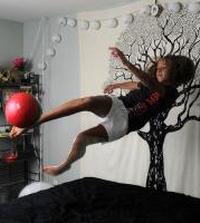 For the 2016 Girls, Real Colorado and U14 Girls National Team forward Mallory Pugh climbs to #1 in the ranking. You can see the full rankings list here.

The regional rankings for 2016 Girls will be unveiled beginning Tuesday and through Friday for our 16 regions in this class. Many new players are being added to these lists as we continue hearing from each area.

The rankings will now be updated every quarter. Keeping current rankings for 8 classes of 150 players each is no small task, and it is counterintuitive to think the rankings would change daily or weekly. We will announce each update.

So that’s it. Check out the latest update here.

As always, thank you for reading TopDrawerSoccer.com