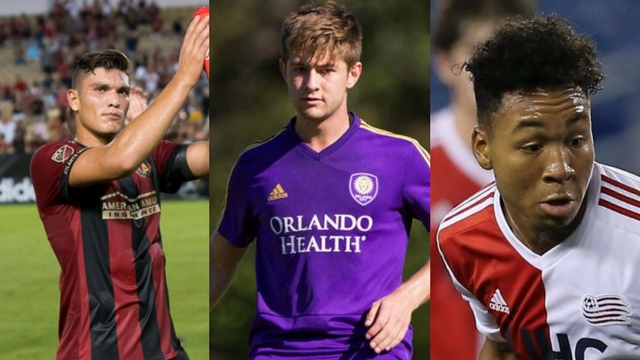 Another day closer to the start of the 2018 Major League Soccer season, and another batch of the Top 50 prospects: 2018 edition.

Orlando City SC features prominently in the next 10 players on the list, while two of college soccer's best defenders over the past four years bring one year of prospect eligibility with them to the 2018 season.

Be sure to check out the full rundown of details on this year's prospect countdown before diving into the next round of players below.

The No. 6 overall pick in this year’s draft, Mueller enters his rookie season with his hands full when it comes to playing time. Justin Meram, Dom Dwyer and Stefano Pinho are all in the Orlando City pecking order up front. But with reports streaming in about how well Mueller’s adapted during preseason (sure, it’s only preseason), scoring goals in three games, he’s going to give head coach Jason Kreis something to think about. Versatility should be an asset for Mueller, as long as he puts in the work and shows that he can put in the defensive work, he could find a way onto the field. All accounts are that he will find a way at some point, and by the end of the season, Mueller could find himself in the Rookie of the Year conversation. What makes the four-year Wisconsin product even more interesting is that he enters this season at just 21, a bit younger on the age spectrum for a draftee.