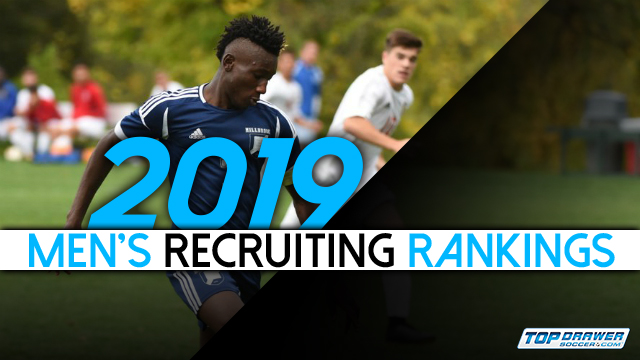 The men’s Division I recruiting process is still very much in flux at this point in March, with MLS teams still plucking players from the ranks of the committed.

International additions are coming to light as well, which could leave mark on the men’s Division I season for this fall and beyond.

With that in mind, there are a few changes in the latest edition of the Recruiting Rankings. Below is the latest 2019 men’s top 20 recruiting classes update, powered by the 2019 Boys IMG Academy Top 150.

Please email any corrections or omissions to editor@topdrawersoccer.com

Having already revealed its 2019 class, UC Irvine has a solid chance at finishing atop the rankings. With an impressive crop of California talent, the Big West program should continue to trend upwards last this year. Berumen

The Cardinal are knocking on the door for the No. 1 spot. Ousenna Boudi is going to attract a lot of attention if he can emerge as the go-to scorer the team lacked last fall. The same can be said about Gabe Segal, while Keegan Hughes could compete for a starting role as a freshman. Segal spent time in the MLS preseason with D.C. United, which should bolster his experience and accelerate his development.