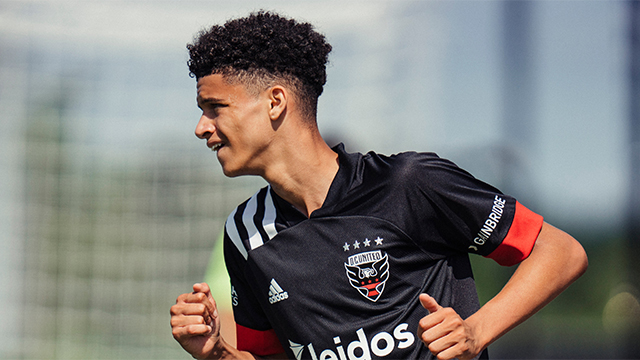 Each week during the summer, TopDrawerSoccer will look back and analyze the Spring updates to the Boys and Girls IMG Academy player rankings.

The class of rising seniors has seen a swelling of players sign professional contracts throughout 2021, with just five of the Top 25 electing to bypass college soccer.

That’s not really a surprise in men’s soccer these days, and with the spread of COVID-19 leading to uncertainty with college soccer with relation to any games played in the 2020-21, perhaps even more will follow.

There are still plenty of talented players still considering or committed to playing college soccer. Below are some of the takeaways from the spring update to the 2021 Boys IMG Academy player rankings.

--Two of the most recent professional signings from the rankings sit in the Top 25. Tyler Wolff inked a deal with Atlanta United, but didn’t end up getting minutes in the team’s disastrous stint at the MLS is Back tournament. He’s a wily attacking talent reminiscent of his father Josh, who is the head coach of Austin FC and a former U.S. national team player. Eric Kinzner, a longtime standout for the Sounders Academy, decided to sign with the Tacoma Defiance instead of pursuing a college soccer opportunity at Portland. Caden Clark (New York Red Bulls II), Ethan Dobbelaere (Seattle Sounders) and Daniel Rios (Houston Dynamo) are some of the other Top 25-ranked players to turn pro.

--Very few players from the class of 2021 received opportunities at the MLS is Back tournament. But one player showed flashes during the tournament in Kevin Paredes. Of the trio of players that have signed for D.C. United, Paredes earns significantly more minutes than Griffin Yow or Moses Nyeman. Paredes has been on the rise since playing for the U.S. U16 BNT at the Nike Friendlies last fall, signing a Homegrown contract with D.C. back in January. Daniel Leyva, ranked at No. 2 in the spring update made a single appearance for the Sounders.

--One of the more intriguing moves – albeit not a professional signing – took place a few weeks ago when former Solar SC midfielder Bailey Sparks signed an amateur deal with Sporting KC II. That’s obviously much further than playing for the FC Dallas Academy, where he could’ve looked to earn minutes with North Texas SC in USL League One. He’s yet to make an appearance for SKCII, and remains committed to join SMU next year.

--So who could be the next pro? Sota Kitahara is the highest-ranked player without reporting a pro contract. The Sounders Academy midfielder is most likely to start with the Defiance should he elect to eventually go that route. Inter Miami CF Academy forward Andres Cardenas could be a contender – he’s committed to North Carolina – but it’s far too early to know for sure. The COVID-19 pandemic could influence proceedings as well, either pushing players towards a professional deal or making it less likely.