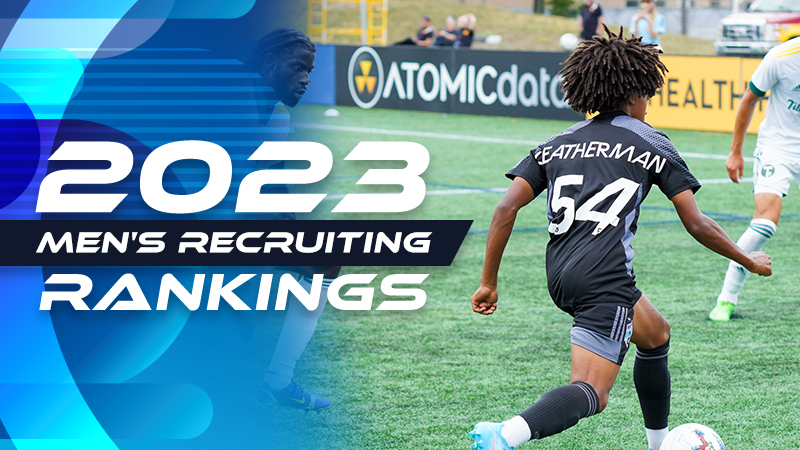 National Signing Day arrived at the start of November, and with it, a first chance to see which players are heading to college.

Pro signings continue to impact the class of 2023 rankings, as Malcolm Fry inked a deal with the New England Revolution II and won’t be heading to Wake Forest. Nolan Norris, who was committed to Furman, signed a Homegrown contract this week.

That, plus a couple of other developments have impacted the latest men’s Division I Recruiting Class Rankings for 2023. New updates will be released monthly, as international signings and transfers are announced.

Please send any commitments or corrections to editor@topdrawersoccer.com.

Moore and Dougherty were among the players to announce signings on social media, as the Texas standouts will bolster a very good SLU side.