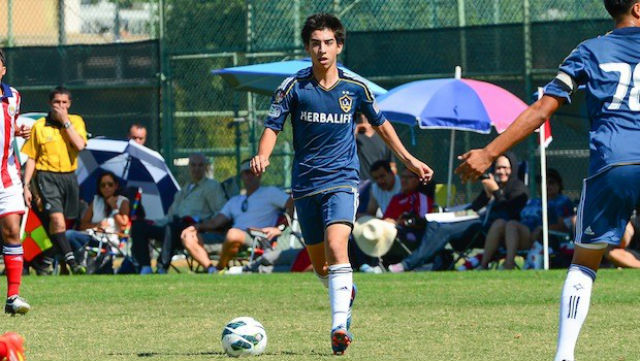 Uncertainty swirls around Chivas USA at all levels in 2014, from the academy to the first team. After MLS bought the franchise earlier this year, it’s fair to say that Chivas USA as we’ve known it will likely no longer exist at the end of the season. That makes this weekend’s mini-SuperClasico – a manufactured rivalry to begin with – a touch more interesting, as it could be the final time Chivas and LA Galaxy academies clash. It’s significant matches for both age groups, as LA’s U18s and U16s are both in second place in the Southwest Division, while Chivas USA is fourth and fifth respectively. Both will want full point. 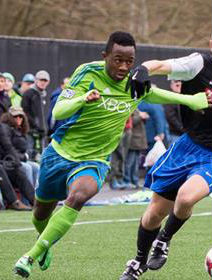 It may not be a division matchup, but Seattle Sounders Academy’s visit to Arizona for a clash with Real Salt Lake-AZ should be a good test for both sides. Eric Carbajal has been the offensive leader for RSL’s U18s, tallying 12 goals for a side that has just one loss on the year. Seattle U18s have come storming out of the gates from a winter hiatus, winning all six games so far in 2014. UCLA signee Seyi Adekoya has five goals in that stretch. Seattle’s U16s have almost equaled that performance early on, with five wins and a draw in 2014. They’ll need to slow down RSL scoring ace Sebastian Saucedo, who scored five goals in two games last weekend.

Having last lost in November 2013, FC Dallas U18s welcome in state opposition to Frisco, with a matchup against San Antonio Scorpions Youth Academy on the docket. Both FCD sides current sit in first in the Frontier.

The Houston Dynamo Academy is hopping in a plane and heading to Colorado for a two-game slate against Colorado Rush and Real Colorado. The Dynamo U18s sit behind both in the Division standings, and possess two significant attacking weapons in Christian Locatero and Elochukwu Ozumba. Houston’s U16s are in second place and can take a step further towards first with a positive trip.

A cross-Colorado clash should provide for an interesting outcome as Real Colorado squares off against the Colorado Rapids. Real, behind free-scoring Jesus Perez (14 goals in 16 outings) sits in third place in the U18 Division. Both U16 sides will be scrapping points in an attempt to boost themselves up the standings – Real is currently in fifth, while the Rapids are in tenth.

Minnesota Thunder Academy dips its toes into action for the first and only time in March. The North Star state side will travel to St. Louis for games against Scott Gallagher Metro and Missouri.

The U18 and U16 race in the Mid-American Division is certain to be reshuffled, with significant teams all taking the field. Current U16 leaders Chicago Magic are hosting Michigan sides Vardar and Crew Soccer Academy Wolves, looking to hold onto top spot. Meanwhile, both sides will also pay a visit to the Chicago Fire Academy, which is in first in the U18 age group.

Also in action in the Division is Shattuck St. Mary’s, which will join its Minnesota counterparts Thunder on the road in St. Louis, to face the pair of Scott Gallagher clubs.

Full points will be on the mind of Charlotte Soccer Academy U18s when they line up against state rivals North Carolina Fusion. Led by midfield ace Tomas Hilliard-Arce, Charlotte sits in fourth in the Southeast Division.

NC State recruit and DA scoring sensation Tanner Roberts – currently top scorer in the Academy – heads into action with his Carolina Rapids U18 side on Sunday. They’ll be on the road for an important Division clash against a Concorde Fire side that boast an ACC-bound scorer of their own: soon-to-be Duke forward Cameron Moseley.

The heart of the U16 Southeast Division race is in Florida, with the top three all from the Sunshine State. A top of the table tilt is on the schedule for Saturday, with Kendall SC welcoming Orlando City to town. Kendall SC, which sits in first, has the third-best defensive mark in the 12-team division, conceding just 19 goals in the 2013-14 season.

An intriguing matchup sits on the schedule in the Northeast Division, as FC Bolts Celtic squares off against New England Revolution Academy. Both teams in each age group need the full points to close the gap on the division-leading New York Red Bulls Academy.

Speaking of the Red Bulls, Academy domination continued for the MLS side, which currently sits on a combined record of 21-1-2. This weekend’s test comes from Everton FC Westchester.

D.C. United’s Academy heads up the I-95 corridor for a clash with regional rivals Baltimore Bays Chelsea. It should provide a substantial test for the MLS side, which resides in third place in the Atlantic Division behind Bethesda-Olney and PDA.