After struggling to score, U14 BNT nets 6 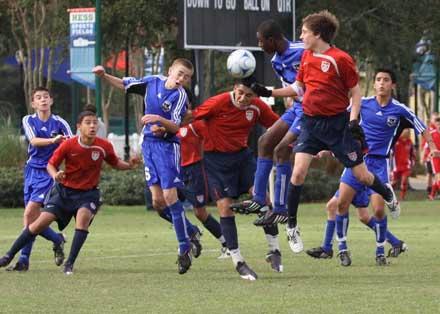 LAKE BUENA VISTA, FLORIDA – A U14 Boys National Team that has struggled thus far to score goals, may have found a hidden key here Sunday, banging in six total at the U.S. Youth Soccer ODP Boys Interregional at Disney’s Wide World of Sports. 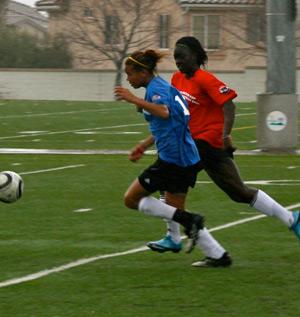 ODP play finishes Monday in Florida.
After John Moderwell of Illinois scored for Region II to make it 2-1, Joab Santoyo of Arsenal FC hit a lovely 25-yard free kick, the ball staying about a foot off the ground the whole way in, to make it 3-1.

In the 2nd half, left back Wilfred Williams of Tennessee continued his strong play here with a surging run up the left wing followed by a good cross that Rolando Velasquez of Oregon met with a good strike to make it 4-1. Ohio Ambassadors’ forward Alec Nagucki hit a clever flick from inside the area to make it 4-2 but no more goals were scored, in part due to alert and brave goalkeeping from Forsyth Fusion and U14 BNT netminder Marius Heislitz.

U14 Boys National Team Red 2, Region III 96 ODP 2
Jorge Calix scored a pair of goals for the U.S. including one on a nice assist from Declan McCabe who has been good here all weekend. Austin Stamey had another strong game for the national squad coached by Bob Montgomery and Mario Prata.

Reginald Epps and Shareef El-Saadi scored 2nd half goals for Region III to earn the draw.