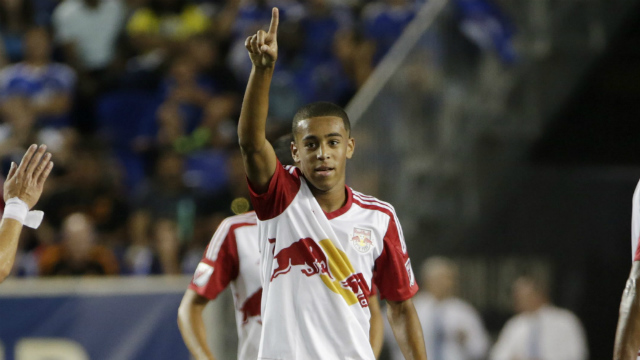 The conclusion of the 2015 U17 World Cup heralds the turnover of a handful of players to the intermediary U18 stage before leaping headlong to the U20s. That, anyway, is how the system typically works.

While a number of the 1998s will skip the U18s and head straight to the U20s for the next World Cup cycle for the following two years, many of the 1999s, several of whom played in the most recent U17 World Cup, will spend some time in the middle. Which gives us a bit more time to analyze, dissect and identify.

Our IMG Top 150 for the boys class of 2017 dropped earlier this month, which gives us a chance to analyze the movers and shakers on the list. Who’s primed to jump directly to the U20s? And who’s distinguishing themselves enough to create palpable buzz headed into the next cycle?

Time to find out.