Another Galaxy player heads to Germany 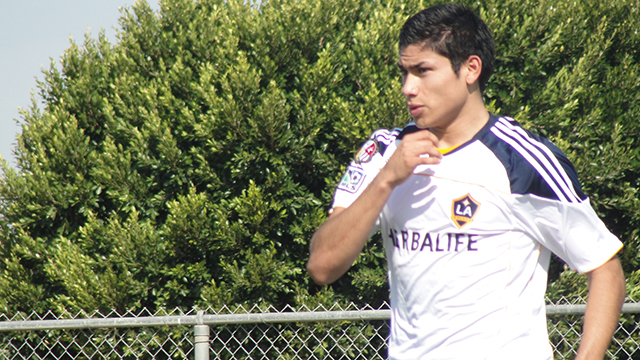 The ongoing complaint from MLS teams is the inability to protect its promising prospects from foreign interest.

Chivas USA threw its hands up in the air when Mexican outfit Club Tijuana stepped in and snatched U17 World Cup veteran Stevie Rodriguez from them earlier this year. 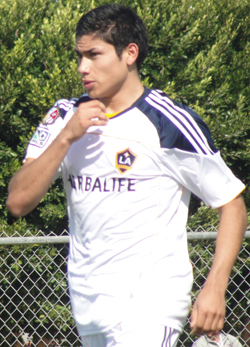 Cross-town rival LA Galaxy is now in a similar situation with fellow U.S. Residency product Mario Rodriguez (no relation) bolting from Southern California and continuing his career in Europe.

Rodriguez signed a contract with German club 1. FC Kaiserslautern last week. The striker is expected to join the U19 side of his German club for next season.

“Mario Rodriguez is a player that we were very high on, but at the end of the day, we can’t sign all these players and that is one of the downsides of our Academy,” Galaxy Vice President Chris Klein told lagalaxy.com. “He got a better offer than we could give him in Germany so we hope he does well. The reality is that we don’t own these players and it’s tough to keep them under your umbrella.”

Earlier this year, Galaxy let midfielder Irvin Parra walk from the academy to try his luck in Germany. The teenager scored the winning goal for his club FC 08 Homburg in its promotion to Regionalliga for next season.

The exits likely won’t end with Rodriguez, as other academy players like Sebastian Velasquez have drawn interest from foreign clubs as well. With only a limited number of roster spots, there is peril to signing too many youth players for MLS teams, but the consequence is seeing players with time and resources devoted to them walk out the door with no compensation for the club.

Rodriguez is currently training with the U.S. U20 Men’s National Team as it prepares for the Milk Cup in Northern Ireland, which is set to kick off on July 21.

Rodriguez’s signing puts a small damper on the 2012 class for the UCLA Bruins. The defending Pac-12 champions have now lost two players from this fall’s class. Last summer, Marc Pelosi, a verbal commit to UCLA, signed a contract with Liverpool.

Sorto, who has played both outside back and center back for Galaxy’s U18 squad this season, is a CSU Bakersfield commit. He was recently named to the Development Academy 2011-12 West Conference U18 Starting XI.

Southern California club Strikers SC is once again headed to the Milk Cup for the acclaimed international competition. The Irvine based club took second in the NIMC Globe Final last year with a 5-3 loss in penalty kicks to Tottenham Hotspurs.

UC Santa Barbara commit Emmanuel Boateng won MVP of the Premier Section for his efforts in 2011. Boateng, 18 years old, is too old to compete in the U17 section of the tournament this year, but he will still be keeping a close eye on the competition.

“One of my friends is going and I wish him all the best,” Boateng told TopDrawerSoccer. Boateng was referencing fellow Right to Dream alum Abu Danladi who attends the Dunn School in Los Olivos, California.

“I wish him all the best and hopefully he can bring back the MVP again,” Boateng added with a chuckle.

Last year, Strikers brought in a collection of talented players in addition to their academy teams to fill out the roster. Strikers departed for Europe on Tuesday.