Boys Commitments: All the way to Westwood 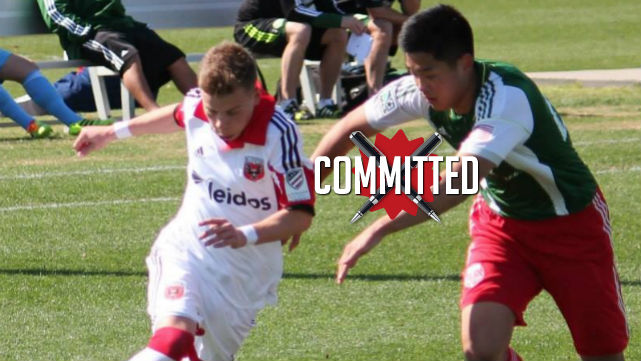 Lucas Mendes has only played six games with the D.C. United U16 Academy side. But the former Arlington Youth Soccer saw didn’t take long to make an impression, with six goals in six games already. 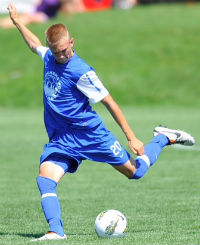 The diminutive playmaker likes to run at players on the dribble, and has made an impression all the way across the country at UCLA, a school that caught his eye for obvious reasons.

“They play a beautiful style of football, which not many colleges do,” Mendes told TopDrawerSoccer.com. “The coaching staff is phenomenal and I believe they can ultimately help me reach my goal to play beyond the college level. With lots of top players going to UCLA I know they will be able to push me and I will improve in such a high level environment.”

Playing soccer so far away from his home was a tough decision, as Mendes will be far from his family, but knew that this was the best move for his future.

The Academy playmaker has enjoyed his transition into the Academy ranks.

“The play is a lot faster and I have to make decisions a lot quicker which has helped me improve my speed of play,” Mendes said. “Also the fact that every practice I'm competing for playing time and a chance to play with the first team one day.”

He is the first commitment to UCLA’s 2016 recruiting class.

A program growing in stature on a year-by-year basis, there was a slew of reasons why Patrick Seagrist decided to make an early commitment to Marquette.

“The Big East conference is an amazing conference where I can challenge myself playing great teams in the conference,” Seagrist told TopDrawerSoccer.com. “Marquette was the right fit for me location wise as well so that I could be close to home and my family could attend my games without being too far from home.”

“In the past two years I have attended two elite I.D. camps that Marquette had during the summer which is where I began to have a good connection with the coaching staff – [Louis] Bennett, [Steve] Bode, and Marcelo [Santos] – after attending the camps and watching games I knew from then on that Marquette was the place for me. Their style of play suits me as a player along with the academic aspect where I can receive a great education along with being a collegiate athlete.”

Seagrist is the fourth commitment to Marquette for 2016.

Defender Bayley Scholz (FC Wisconsin Nationals) committed to Wisconsin for the class of 2014.

Forward Noah Brenizer (Waza FC) committed to Siena Heights for the class of 2014.

Midfielder Conrad Nowowiejski (Albertson SC) committed to Cornell for the class of 2015.