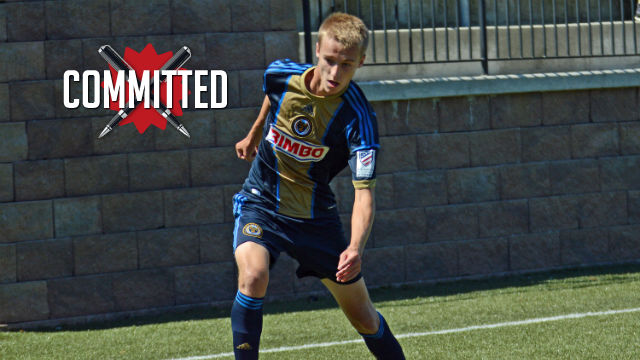 Before seeing Morgan Hackworth play, there’s something about him that stands out: his last name. 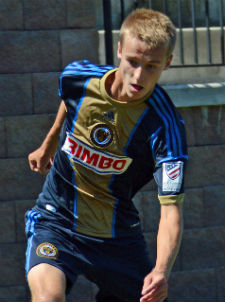 “Coach McIntyre is building a fantastic team with high expectations,” Hackworth told TopDrawerSoccer.com. “I believe strongly in what Coach McIntyre is trying to build at Syracuse and I feel it is a great fit for me both academically and athletically. In addition, I wanted to play in the ACC where I feel I can develop with and against the best players in the country.”

A technical, box-to-box midfielder capable of covering large swaths of ground, the program’s ambition was another standout reason.

“My favorite part about the soccer program at Syracuse is the coaching staff and the fact that they have aspirations of winning a national championship,” he said. “To hear from Coach McIntyre that he believes in me and that he feels that I will be a key part of that goal was also a huge factor in my decision. When I met with the players and got a chance to watch them play, I knew that they had the same desire and aspirations as Coach McIntyre to win a national championship.”

Hackworth will join club teammate Christopher Gomez at Syracuse, part of five players currently committed to join the Orange in the fall of 2015.

Finding a left back can be a challenge, no matter the level of soccer.

In the fall of 2015, Harvard hopes to have their answer to that question, thanks to the commitment of Josh Koval, a hard-working attacking outside back.

He picked Harvard for all the obvious reasons.

“I decided to commit to Harvard for the opportunity to study at one the best institutions in the country and play for a top Ivy League team,” Koval told TopDrawerSoccer.com. “I know that at Harvard, I will receive the best possible combination of academics and athletics.”

Koval, who really likes to bomb forward and join the attack from his left back spot, also saw that he’s joining a team that will allow him to continue doing that on a regular basis.

“One thing I liked about the soccer program was that they play a style that fits my specific strengths as a player,” he said. “I immediately felt comfortable with the coaching staff and the players that I met on campus.”

The defender is the third verbal commitment to Harvard(w) for the class of 2015.

A hard-working, no-nonsense defender, Calum Bishop saw a strong sense of pride at Lehigh, a factor that drew him to make his commitment to the Pennsylvania program.

“I chose to commit to Lehigh because of the strong sense of excellence at the school, both athletically and academically,” Bishop told TopDrawerSoccer.com. “The opportunity to represent a school with the tradition and success that Lehigh University embodies was very attractive to me. I also got on with head coach [Dean] Koski and the rest of his staff very well, which is very important to me.”

While the team struggled last fall, that didn’t diminish Bishop’s perception of the team, who said he liked everything about the program.

“When I visited, the coaches all had a clear view of what they are building for in the future, which is another Patriot League title,” Bishop said. “I watched the team train, and I saw a ton of individual talent as well as a strong sense of team unity and cohesiveness. The fields are great, and the facilities available to the soccer team are second to none.”

Defender Justin Schottenhammer (LA Galaxy) committed to San Francisco for the class of 2014.

Defender Tosh Samkange (Seattle Sounders) committed to Denver for the class of 2015.

Midfielder Marc Kaizi-Lutu (Seattle Sounders) committed to Penn for the class of 2015.