Boys commitments: From Chelsea to Akron Ismail Seremba started playing for Chelsea FC at the U12 level. After a number of years at the London giants, Seremba’s career will take him abroad to a new approach – the collegiate game. 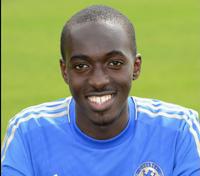 The winger committed to the Akron Zips recently, and will be joining the 2010 NCAA National Champions in August.

“The recruiting process for me was over a long period of time but was actually pretty straightforward,” Seremba told TopDrawerSoccer.com. “A friend of mine contacted Akron for me, he sent them videos and luckily [new head coach] Jared Embick and the coaching staff were interested.”

It was a few months after that when Seremba made his visit to the Ohio campus, and was really sold on the idea.

Akron was not the only program that was interested in the services of Seremba.

“I was in communication with a number of schools via email such as UCLA, Maryland, North Carolina, Columbia, Boston College, and Connecticut. A few even took the time out to call me, which I do greatly appreciate.”

Seremba said that he was sold on Akron because of how ‘decisive’ the coaches were in wanting him to join the program.

“Also, their style of play is one I’ve been brought up on so should make it easy for me to settle in. Also, the amount of success they’ve had in the last few years was really impressive.”

Beyond the collegiate route, there was interest in Seremba from the professional ranks as well.

“I was offered a short-term contract at Norwich, but didn’t feel I would be left in the best situation if things didn’t out for me there. The life of a footballer is a short one, so I felt I needed to prepare for a life after a career I may or may not have so being given the opportunity to work toward a college degree while still strongly pursuing a career in the sport you love in the end stood out as a no brainer to me.”

Seremba also had some trials with other clubs in England including Everton and Newcastle, but neither amounted to a contract.

For the Akron fans who are already thinking of another Steve Zakuani joining the Zips, Seremba describes his game in a similar way.

“I think its fair to say I’m an old fashioned winger – I like to use my pace to cause defenders problems, running with the ball and also without, making runs in behind the defensive line.”

The future Zip said that he prefers left wing, but can play up top or on the other wing as well.

“I love getting on the score sheet to put my side ahead, so I’ll be doing all I can to do so when I get started in August with the Akron Zips.”

It doesn’t take much to sway a top recruit to pick Maryland as a future playing destination, and that was especially the case when a player doesn’t from too far away to make that decision.

That basically sums up how George Campbell made his decision to verbally commit to Sasho Cirovski’s powerhouse program.

“I decided to commit to Maryland because the second I walked onto the campus it really felt right,” Campbell told TopDrawerSoccer.com. “When I walked onto the campus I got a proud feeling. Growing up I have always watched them play and have always admired how the coaches did things. So once I had the opportunity to meet the coaches and get onto the campus it felt like the perfect fit. Close enough to my house where friends and family could still come out, but far enough to feel like I wasn't still at home.”

To little surprise, the glowing reports Campbell received from some of his future teammates were another positive nudge in that direction.

“I sat down with a few of the current players and asked them a bunch of questions. They gave me their honest answers and explained to me why Maryland was the best,” he said. “To me, the core values at Maryland resemble what I grew up playing with, and what I have always tried to play with.”

Campbell represents the first verbal commitment for the Terrapins for the class of 2014.

The first season for Orlando City in the Development Academy has gone relatively well, all things considered. The club continues to farm out talent to Division 1 talent as well, with goalkeeper Braeden Luna the latest.

“I ultimately decided to commit to Kentucky because they had everything I was looking for in a University and soccer program,” Luna told TopDrawerSoccer.com.

Every competitive athlete wants to win games, and Luna sensed optimism about what lies ahead for the Wildcats.

“I like the confidence and determination that Coach Cedergren and his staff envision for the program's future and I wanted to be a part of it,” he said. “I felt comfortable with the coaches and the relationship we have developed. I also believe the facilities and training program are one of the best in the country.”

Finally, the school did enough to lure him in, making it the complete package.

“I liked that it is a large university with strong traditions and is a great and impressive academic school,” Luna said.

Goalkeeper David Price (FC Bolts Celtic) has committed to High Point for the class of 2014.

Defender Bradley Centala (Vardar) has committed to Michigan State for the class of 2014.

Forward Keaton Hinze (Carolina Elite Soccer Academy) has committed to James Madison for the class of 2014.

Defender Ian Faloye (Jersey United) has committed to Rutgers for the class of 2014.

Goalkeeper Graham Matalik (Clemson Anderson SA) has committed to Winthrop for the class of 2013.

Forward Alexander Liua (San Jose Earthquakes) has committed to Stanford for the class of 2014.

Midfielder Khalil Abderahman (Charlotte Soccer Academy) has committed to the College of Charleston for the class of 2014.

Midfielder Bryson Asher (Solar Chelsea) has committed to Duke for the class of 2014.

Forward Kevin Dacruz (Florida Revolution) has committed to Butler for the class of 2015.