Boys Commitments: From Colorado to Cali 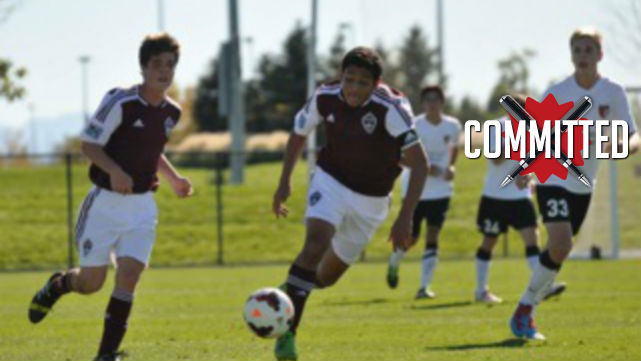 A versatile, strong and athletic presence in the middle of the midfield, Miles Chow is a box-to-box player who can make things happens on both sides of the ball. 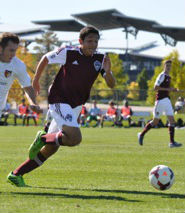 An ever-present player for the Rapids U16 DA side this season, there was a long list of reasons to make the switch from Colorado to California.

“I visited a lot of top schools on the way to deciding and LMU had everything I was looking for,” Chow told ToprawerSoccer.com. “It has a great soccer program where I feel I can have an immediate impact and it is academically strong in areas of my interest.  Being born in Southern California and growing up in Colorado, I also decided that I really wanted to stay on the west coast."

The success of LMU, which won the West Coast Conference crown last season, was one of many aspects of the soccer programs that intrigued him.

“I wanted to play for a team that I think is positioned to be a dominant force in their conference, who could also have consistent success at the national level as well,” Chow told TopDrawerSoccer.com. “In addition, it was important to me to have a strong, knowledgeable coaching staff and coaches [Paul] Krumpe (WCC Coach of the Year last year) and [Mathes] Mennell are very experienced, veteran coaches with strong playing backgrounds. Lastly, I was impressed by the facilities, which was a nice bonus.”

Getting to attend school a mile and a half from the beach – plus the SoCal weather – were also big reasons for the decision, not to mention the academic opportunities he saw at the school.

A clinical goal scorer for his Vardar club side, Nebojsa Popovic’s 14 goals lead his side at this stage in the season.

He found the ideal program to commit to in a historic power.

“I decided to commit to Saint Louis because it was the best choice for me, not only is it a top soccer program in the country but it is also a very good school and going there will help me achieve my goals on and off the field,” Popovic told TopDrawerSoccer.com.

The team’s play on the field was a huge draw to him.

“What I liked best about the soccer program was the European-style soccer they play and the coaches,” he said. “Their style is very fluid and simple and personally it's the way I like to play the game. I also liked that the coaches push their players to give it their all and when I went on an unofficial visit I could tell it's an environment where you are set up to succeed from day one.”

Popovic is the fifth verbal commitment for the class of 2015.

Midfielder Lucas Mendes (DC United) committed to UCLA for the class of 2016.

Goalkeeper Chris Hendricks (FC Dallas) committed to Maryville for the class of 2014.

Defender Will Herzl (Colorado Rapids) committed to Loyola Marymount for the class of 2015.