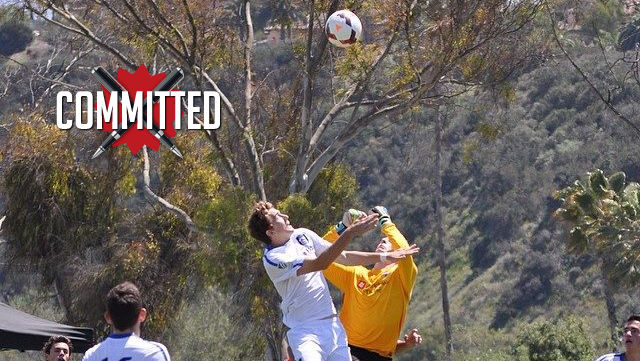 A goalkeeper who enjoys his position, embracing his role and aiming to lead from the back, there were several aspects that drew Mikal Outcalt’s commitment to the ACC program.

“Pitt is a strong academic school, and they have a great business program,” he told TopDrawerSoccer.com. “Pitt also has a larger student body and is situated in an urban campus environment, both of which were high on my list of things I was looking for in a college. I was also impressed by the feeling I got when interacting with the members of the soccer team and the feel of the campus during my unofficial visit. The players appeared to have a good chemistry and everyone seemed to get along well. I got a similar feeling when meeting with the coaching staff.”

The conference was a major draw to Outcalt when it came to thinking about the soccer aspect of his decision.

“From a soccer perspective, the Pitt Panthers play in the ACC, which is arguably one of the best soccer conferences in the country year in and year out,” he said. “The ability to meet my goals for the type of campus I’d like to attend and to tie in to a high profile soccer program made my committing verbally to Pitt an easy decision for me.”

Finding the right goalkeeper coach was a bit part of Outcalt’s search as well, another aspect that eventually led him to Pitt, where he’ll work with assistant coach Hunter Gilstrap.

“Being a goalkeeper, an extremely important thing for me was finding a goalie coach that I really felt comfortable with,” Outcalt said. “Coach Gilstrap is that kind of coach. He has been very helpful throughout this process and getting to know him has been awesome. He’s also a current professional keeper, and you can tell that he’s driven to perform at a high level. I look forward to training with him and taking my game to that same level as a Panther.”

Outcalt is the first reported verbal commitment to Pittsburgh for the class of 2015.

The starting goalkeeper for Strikers FC U16, Dakota Havlick has his future sorted having verbally committed to one of college’s soccer’s powerhouses.

“I decided to commit to UCLA, during my junior year of high school because after visiting the campus and seeing the team play it just felt like home,” Havlick told TopDrawerSoccer.com. “I know many players on the team from my experience with the national team and know several that will be added during 2015 with me.”

The program’s illustrious history was an obvious draw to him.

“What I like most about the soccer program is the coaching staff, their style of training and the fact that because of the excellent program UCLA soccer offer,” Havlick told TopDrawerSoccer.com. “So many of their players receive professional contracts after graduating. To receive not only an excellent education but the opportunity to play pro soccer have always been two of my life long ambitions."

Havlick is the eighth commitment to UCLA for the class of 2015.

Forward Lagos Kunga (DDYSC Wolves) committed to Furman for the class of 2015.

Goalkeeper Tucker Schneider (Colorado Rapids) committed to SIUE for the class of 2015.

Midfielder Troy Sweeney (McLean Youth Soccer) committed to Duquesne for the class of 2014.

Midfielder Amar Sejdic (River City Rovers) committed to Maryland for the class of 2015.