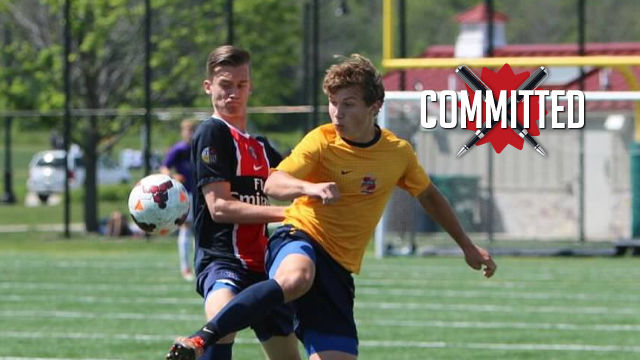 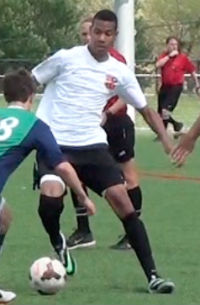 A tall, technical midfielder for the Richmond Strikers Academy side, Myles Brown didn’t need a ton of convincing to commit to last fall’s national champions.

"I really enjoyed my time on Notre Dame's campus when I visited in early July,” Brown told TopDrawerSoccer.com. “The layout of the campus was beautiful, and I thought that the architecture of each building was pretty amazing as well.”

Everyone likes Bobby Clark, and it didn’t take long for Brown to come to that conclusion as well. A positive camp experience was another step toward his decision.

“After working with the Notre Dame coaching staff and players in a camp environment, I knew that Notre Dame was the place for me,” he said. “I feel honored to be recruited by the former national champions, and I look forward to being a Fighting Irish.”

An attack-minded player who can slot in either up front or underneath the strikers, Austin Smythe’s college options boiled down to Dayton, Radford and St. Joseph’s.

“The reason I chose Radford was because of the campus feel to it,” Smythe told TopDrawerSoccer.com. “It had a beautiful soccer stadium and there is no football, so soccer is the sport on campus.”

“Both the assistant and head coach are top notch guys with a great soccer IQ,” Smythe said. “We both believe the next steps in the program are winning Big South championships.”

Slowly but surely, the San Jose Earthquakes academy is starting to churn out some intriguing prospects.

Jorge Lara, a defender who made 24 appearances this past season in Academy play, found the right fit for the next step in his playing career.

“I felt that UC Irvine will help me excel not just in soccer but in academics,” Lara told TopDrawerSoccer.com. “The facilities at UC Irvine are very nice. From the beginning I felt very welcomed and I feel like I can make an impact there.”

The Northern California product also liked the idea of playing close to friends and family, which Irvine offered him.

“I really like how UC Irvine is not so far from home so my family will be able to attend to my games,” he said. “Also the campus is amazing.”

Forward Tobin Howell (Chargers SC) committed to Marquette for the class of 2015.

Midfielder Alexander Greene (Solar Chelsea SC) committed to Lehigh for the class of 2015.

Defender Oscar Greene (Solar Chelsea SC) committed to Lehigh for the class of 2015.

Defender Sam Raben (Colorado Rapids) committed to Wake Forest for the class of 2015.

Forward Kendall Stork (Chicago Magic PSG) committed to Maryland for the class of 2016.