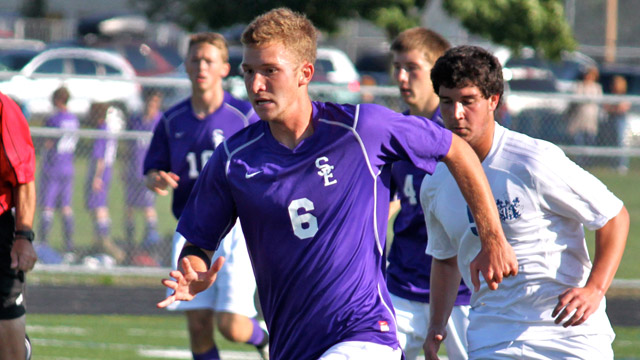 Yet another example of the conference merry-go-round impacting recruiting popped up with goalkeeper Braden Horten’s decision.

The shot-stopper saw Pitt’s move to the ACC next fall as an opportunity. 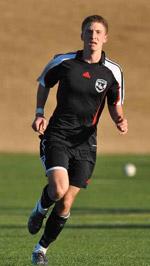 “As far as the program goes, the fact that they will be moving to the ACC was a huge factor in my decision,” he told TopDrawerSoccer.com. “It's the best soccer conference in the country and where I have always wanted to play. With the change in conference I think the team has a good future.”

It wasn’t just about the future opponents and the level of conference play; Horten also sees an opportunity to improve individually.

“I chose Pitt because I saw it as a place I can really improve as a player and have an impact right away on the program. The coaching staff and the goalkeeper coach are great, and as a goalkeeper that was a huge part of my decision.”

A former U.S. youth international who currently plays for the Red Bulls Academy, Anthony Viteri decided he wanted to stay local, making his commitment to play for nearby St. John's.

“An early commitment was not a difficult choice for me. St. John’s University has always been my hometown college.  When I was a kid I looked forward to attending summer camp there every year and my family and I used to attend games on a regular basis (we are one of their biggest fans).”

It wasn’t a case of Red Storm or bust though, as Viteri was a sought-after product playing on a strong Academy team. But making a visit to the school easily swayed him.

“I was fortunate to receive several great offers from different colleges, but when I visited St. John’s I knew that this is was the right place for me,” he said. “It had always been my dream growing up to play for St. John’s.”

Picking one of the most prominent in-state soccer programs wasn’t too difficult of a decision for Matt Arbogast.

“Oregon State was the only college I visited before I made my decision,” he told TopDrawerSoccer.com. “Everybody was really welcoming and I really liked all of the coaches. Coaches [Steve] Simmons and [Adam] Pearce were the first ones to actively recruit me and we continued to communicate through the entire process.

“All the current and past players I have talked to say the coaches are outstanding and I can't wait to start working with them. Playing soccer for a PAC 12 school also has huge benefits and will be super competitive.”

Simply put, it had everything he wanted to find in a school and the soccer team.

“It's a strong school academically, they have a fantastic team, awesome coaches, and it's the school I would want to be at even if I wasn't playing soccer,” he said. “I was made an offer to skip my final semester of high school and enroll winter quarter at OSU and I jumped at that opportunity.”

Dylan Christie (IMG Academy) committed to Jacksonville for the class of 2013.