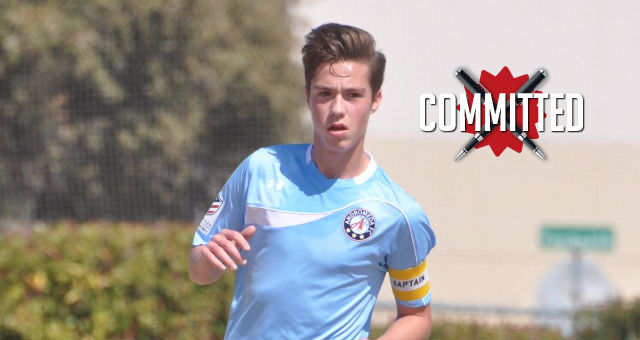 A technical central midfielder from Texas, Ryan Watters looked all the way to upstate New York for the right soccer fit. 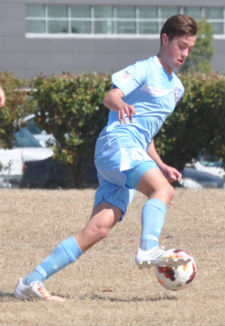 “I decided to commit to Cornell because the combination of an outstanding education and a great soccer program there was hard to beat,” “Coach Jaro [Zawislan] and coach [T.J.] Love were both great throughout the whole process, and I felt like I would improve both as a player and as a person under their guidance.”

Watters said that the coaching staff was the major draw, but he did have to see the campus in person before making his commitment. When Watters stepped on campus, he knew that it was the right place.

“I visited Cornell about a month before I committed, and fell in love with it,” he said. “The campus was beautiful, but a huge part of it was the people on campus. I stayed the night with a few players, with whom I seemed to fit in very well.”

A leader on his high school soccer team – Charlie Sockol was captain his junior and senior year – the netminder from Cincinnati, Ohio looked east for his Division I college soccer opportunity.

“I decided to commit to Duquesne because I loved the feeling I got when I went there,” Sockol told TopDrawerSoccer.com. “The coaches are friendly and honest with me about everything, the players I met were all down to earth and seemed like great guys with huge amounts of respect towards the game, and they have a great program which can only get better.”

Outside of the soccer program, Sockol found that the school itself had a lot of promise.

“It's right in the heart of Pittsburgh, which is an amazing city with infinite amounts of things to do,” he said. “It has a great environmental sciences program. And the facilities are great there. Also, it's a school that's not small to the point where it feels like another high school, but it's a school that's not big enough to where I'll just be a number.”

A speedster from Tennessee, Gary Thomas caught the attention of a Division II program in South Caroilna.

“I chose Newberry because of the education and also the rebuilding of an up-and-coming successful soccer program this fall should be a great one,” Thomas told TopDrawerSoccer.com.

An all-state player in high school in Tennessee, Thomas was the district’s top scorer with 21 goals last season. He liked everything about the DII program, from the coaches, to players and everything else he learned about it during the recruiting process.

Thomas spent time playing for Viktoria Aschaffenburg, a fourth division club in Germany, but opted to pursue the college route instead of signing a pro deal.