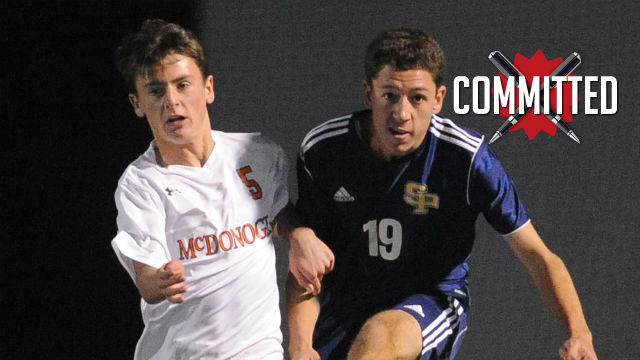 A program like Maryland always tries to bring in the best local talent, and in Keegan Kelly, the Terps have landed one of the state’s best for the class of 2016. 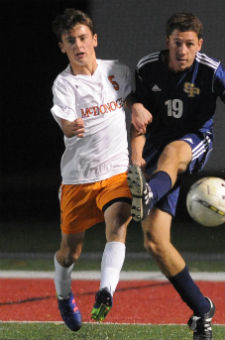 A standout for his high school team McDonough, a member of Baltimore Celtic SC and last fall part of the U.S. U17 MNT Residency Program, Kelly is a creative player who can play either the No. 10 role or as a withdrawn forward.

“I decided to commit to Maryland because for me personally, the place felt like home,” Kelly told TopDrawerSoccer.com. “Maybe that was because its only an hour or so away from home, but also the atmosphere it provided made me really get that gut feeling that I was at home and I could play there.”

With a quintet of powerhouse programs to choose from across the country, Kelly saw fit to choose the perennial power that was close to home, one that has very high standards for its players.

“For the soccer program, I knew immediately that I could fit in,” he said. “I’m expected to make an instant impact on the scene and I know that their attacking style of play fits mine perfectly, but also doing the dirty work on defense to win the ball back. Their program fits me perfectly as a player.”

Kelly, who competed with the U.S. U17s in a tournament last summer and in December’s Nike Friendlies, knows that Maryland will be able to take care of him off the field.

“The school itself is a great academic institution and would provide me all the help I would need to have a successful college tenure there,” he said. I know that I could do well.”

Three players are currently committed to join Maryland in 2016.

Toshiki Yasuda’s 2014-15 Dev. Academy campaign is off to a flying start.

The attacker has eight goals from his 11 appearances for FC Dallas’ U16s, the second top scorer on the team so far.

He’s also settled his college future after making a commitment to SMU, the top DI program in the Dallas area.

"After the SMU campus visit and talking with Coach Kevin Hudson, I could feel they can develop myself as a Student Athlete as well as a man," Yasuda told TopDrawerSoccer.com about his decision. "Not only SMU is a prestigious college academically, but also SMU has a strong soccer program and their coaching staff committed to build a championship program. I want to be a part of the championship program. I am excited to attend SMU in 2016."

Four players are committed to join SMU in 2016.

Defender Kyle Saunderson (Soccer Association of Columbia) committed to UMBC for the class of 2015.

Defender Joe Langenderfer (Real Colorado) committed to Boston College for the class of 2015.

Midfielder Peyton Mowery (Crew Soccer Academy) committed to Cincinnati for the class of 2015.

Midfielder Angel Cova (Real So Cal) committed to Cal Poly Pomona for the class of 2015.

Goalkeeper Scott Forbes (PDA) committed to Penn for the class of 2015.

Defender Paxton Stratton (Andromeda SC) committed to Delta State for the class of 2015.

Forward David Harris (Soccer Association of Columbia) committed to UMBC for the class of 2015.