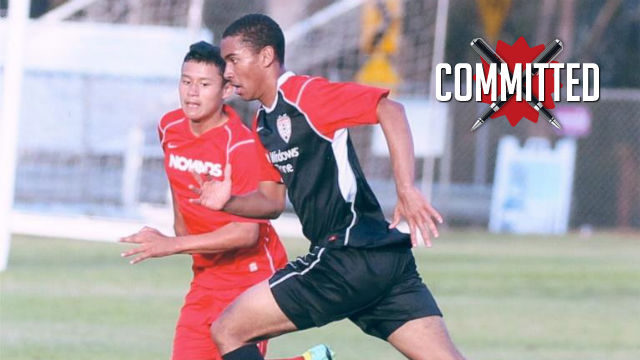 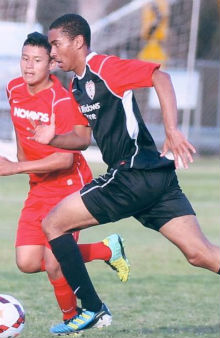 “To begin with, it's a great school; Every part of the school appealed to me, from the campus itself, to the training facilities, to the education departments (excellent engineering school) and library,” Gooden told TopDrawerSoccer.com. “It's also really close to home, which was something I really wanted to have when I was considering schools that I would commit to. And lastly because I feel like it's the perfect environment for me as a student and as an athlete, primarily because of the small student to faculty ratio.”

The soccer program has been battling in the WCC over the best few seasons, finishing close to the top in recent seasons. Gooden liked the coaches’ emphasis on development.

“The coaching staff is a group of coaches who are focused on improving each and every player in the squad, and they tend to give their full attention to all the players,” he said. “I also like the fact that it's a highly competitive program, because I feel like competitive environments are the best place to get the best out of everyone. I met some of the players on my unofficial visit to the campus, and they came across as a group of guys who were serious, yet thoroughly enjoyed what they were doing.”

Besides his potential aspirations to enroll in the engineering program, staying close to the water was one of many pluses that the school offered Gooden away from soccer.

“The school is also close to the beach, and the view of Los Angeles from the edge of the campus is awesome as well,” he said. “Overall, I just think it's the right sized school for me, and I feel like it's a place where I can do well on and off the field.”

In 2015, a pair of twins will join the Lehigh men’s soccer program, as Alexander and his brother Oscar recently committed to join the PA program.

Both are attack-minded midfielders/defenders, and the coaches helped convince Alexander this was the place for him.

“I really like the coaching staff and I agree with their beliefs, and I want to help them reach their goals,” he told TopDrawerSoccer.com. “I can play soccer and get a great education at the same time.”

Currently in Texas, the Greene brothers spent some time living in Delaware, which also played a pivotal role in convincing them to head north.

“Since I lived in the Delaware until I was 15, but commuted to Pennsylvania to play soccer, I am already familiar with the kind of people that live there as well as the climate,” he said. “Becoming comfortable should be easy, but I did not really have a preference to stay in Texas.”

Alexander’s brother Oscar had similar things to say about Lehigh University, also committing to the program.

“It felt like a great fit,” Greene told TopDrawerSoccer.com. “I wanted to go to a school that had both great soccer and educational program. It is a place where I believe I can challenge myself in soccer as well as my studies.”

Like his brother, Oscar thought highly of the coaching staff and hope that it can help make him a better player.

A rivalry with a nearby school also piqued his interest.

“The school itself felt very united,” he said. “The students at Lehigh are involved in a friendly rivalry with Lafayette College and the alumni are very supportive to help students any way they can. Campus was amazing too.”

Goalkeeper Luc Barbe (Placer United SC) committed to Army for the class of 2015.

Forward John Antunes (Ironbound) committed to Monmouth for the class of 2016.

Forward Burak Ozdemir (Washington United) committed to Seton Hall for the class of 2015.

Midfielder Dalton Souder (Chicago Fire Juniors) committed to Furman for the class of 2015.