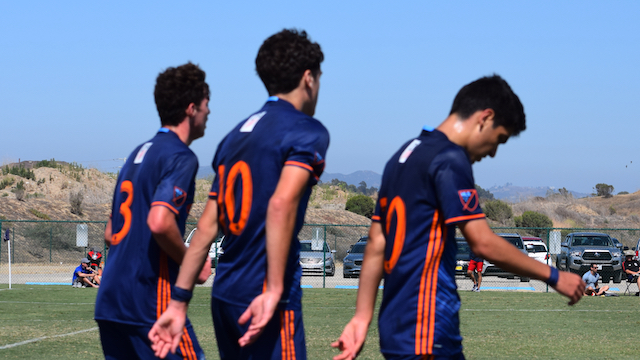 OCEANSIDE, California - The group play for the 2018 Boys Development Academy U18/19 Playoffs is over. The eight group winners move onto the quarterfinals on Sunday.

Real Salt Lake claimed the spot from Group A with a wild 3-3 draw against Baltimore Armour that included a goal in the 90th minute to send RSL into the next round. LA Galaxy cruised to the Group B title with an easy 4-0 win over Houston Dynamo.

Sockers claimed the Group C top spot. Despite losing to Oakwood on the first day of play, Sockers, one of two non-MLS academies to move on, advanced over the Connecticut side thanks to a better goal-differential after a 5-1 win over Weston FC on Friday. There was not much drama in Group C as Vancouver Whitecaps cruised to the top spot with a 3-1 win over Pateadores.

TopDrawerSoccer highlights some of the best individual performances from Friday’s games below.