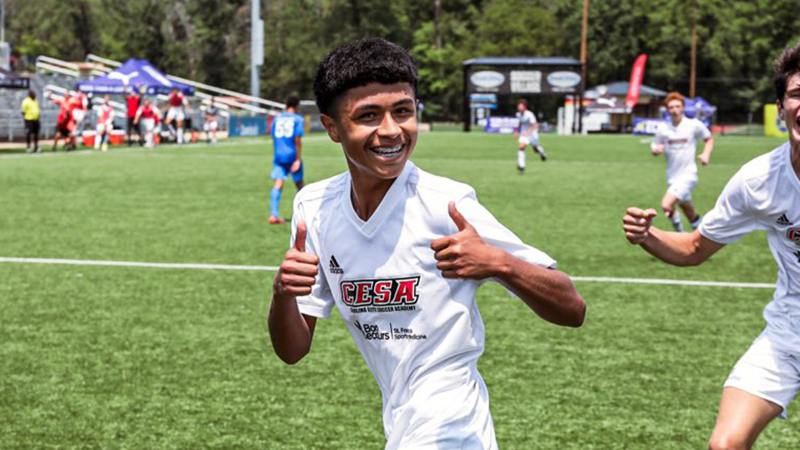 The 2020-21 Boys ECNL season officially concluded on Monday, as national champions were awarded in the final two age groups.

After Sunday saw U14 and U15 squads battled it out in title games, the national finals came to a close with the U16 and U17 championships.

Recap the four title winners below.

One of the most prominent clubs in the country, Crossfire Premier grabbed the national championship at the youngest age group by virtue of a 2-1 win against San Diego SC.

Crossfire got on the board early, as Kelvin Luis capitalized on a mistake at the back from the California club team. Luis got the second goal of the game early in the second half, putting Crossfire in the driver’s seat.

With 13 minutes to go, San Diego SC pulled one back, but they couldn’t find the equalizer before the final whistle.

U15: CESA wins battle of Carolinas

A come-from-behind effort at this age group saw CESA win the title matchup against North Carolina foes Charlotte SA by a 2-1 score.

Gavin Trosch put Charlotte up 1-0 at the half, the first goal conceded in the finals by CESA. After the break, CESA found a way through thanks to a pair of goals from Brando Bedolla.

U16: A Triumph for Texans

While CESA surely hoped for a sweep of the U15 and U15 age groups, the Dallas Texans stood in the way. Guy Michaeli’s second-half goal provided the difference, as the Texans secured a 1-0 win.

U17: Eclipse cruises to crown

The highest seeded team still alive in the finals, No. 3 seed Eclipse capped a strong performance in St. Louis with a 3-0 win in the title game against San Diego Surf.

Max Ibarra provided the first goal of the game, as Eclipse went into the break with the one-goal lead. The Chicagoland side clung to that margin, before scoring twice in the game’s final 10 minutes as Surf pressed forward for the equalizer.