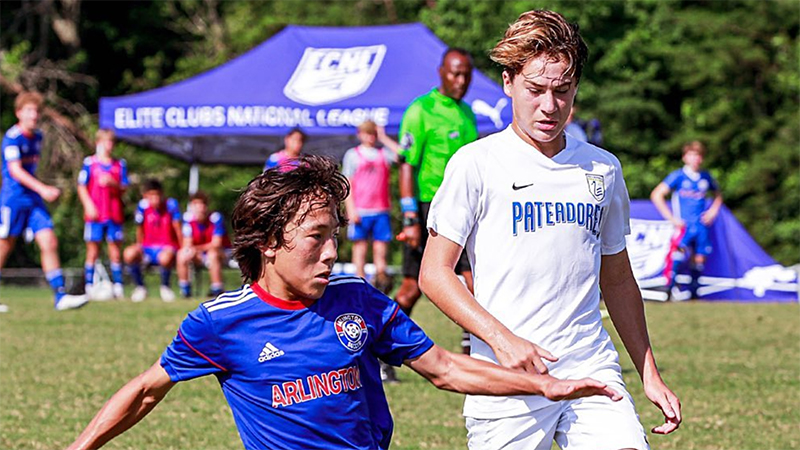 The Boys ECNL National Finals are slated to kick off this week, officially wrapping up the 2020-21 club season for the league.

Four age groups are set to compete. The U14 semifinals will take place in St. Louis, Missouri from July 22-26.

All four teams in the semifinals have one thing in common: they didn’t lose a single game in conference play during the regular season. The quartet did play a diverse number of games, ranging from nine matches for La Roca to 16 by San Diego SC.

La Roca advanced to St. Louis on penalties, drawing 3-3 in a wild quarterfinal matchup against FL Premier FC back in North Carolina. Crossfire Premier outscored opponents in the playoffs 17-5, while San Diego SC’s mark of 14 goals for, and one conceded, is the best among this group. Arlington’s record is solid as well, with just one goal given up in the NC up against nine tallies. It should be anyone’s game in the final four.

With 11 wins in 11 regular season games, Eclipse Select entered the playoffs as the No. 1 seed. Progress to this point was secured with a 4-1 win in the Round of 16 against Match Fit Academy.

After a field of more than 60 teams was whittled down to eight, there are a variety of clubs that progressed to this point. NCFC Youth Academy conceded just nine goals in 17 conference matchups, including a shutout in the Round of 16 victory over Concorde Fire Premier.

The lowest seeded team to advance, at least based off the regular season Champions League standings (calculated by points per game) is Lonestar SC South. It’s a reminder of the deep pool of talent Texas clubs draw from, as Lonestar won Group H with a 2-0-1 record. They punched their ticket on penalties against Sporting Delaware.

Speaking of Texas teams, Dallas Texans were one of the group winners to advance with a perfect record; they defeated San Diego Surf in a Round of 16 matchup to move on to the quarterfinals. Washington Premier and CESA also won all three group games in North Carolina before securing knockout triumphs.

Can the favorites here simply be based off geography? Dallas Texans and San Diego Surf are the two highest seeds that made it into the quarterfinals. Both put together impressive resumes on paper, as the Texans went 18-3-0 in conference played, with 64 goals scored and 18 against. The Surf boast one of the best defensive records, conceded seven goals in 15 games on the way to an unbeaten 13-0-2 mark.

Richmond United is one of the sides that will look to thwart the status, boasting a solid and talented group; they’ve lost just one game out of 25 matches played across the regular season, national events and postseason play.

Representing the Northeast, Manhattan SC delivered in the postseason, winning Group A before securing progress with a 4-1 win over NC Fusion. Another side from Texas lurks in the form of Houston Dynamo Youth, while the Carolinas send Wilmington Hammerheads and South Carolina United. The Hammerheads won all three games in Group F, securing a spot in St. Louis at the expense of NC rivals NCFC Youth Academy. The Dynamo defeated their own rival, besting FC Dallas ECNL by a 2-1 score.

After a perfect 19-0-0 season, Lonestar SC South serves as a reminder of the perils of postseason play. Emerging as group winners, they were best by the San Diego Surf in the Round of 16, leaving the California side as an intriguing name to watch in the Under-17 quarterfinals.

Several of the higher seeds survived North Carolina, as San Juan narrowly defeated a talented NCFC Youth Academy team by a 2-1 score; NEFC needed penalty kicks against NCFC Youth after a 2-2 draw in the Round of 16. Eclipse Select holds a record of 16-3-0, winning all four games in North Carolina.

A solid side from New Jersey, STA haven’t lost a game all season, going 18-0-7. That means nothing in a do-or-die game, but it does show the team can score goals when they need them. Speaking of goals, Dallas Texans have one of the best statistical attacks in the age group, scoring just north of three goals per game. If the defense can keep the likes of Pateadroes, CESA at bay, the Texans could certainly win it all.