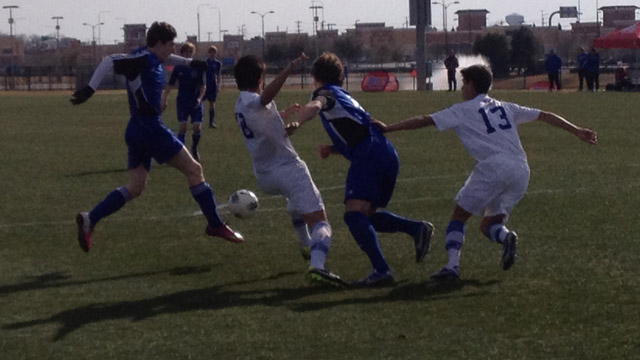 FRISCO, Texas - The finals are set at the ODP National Championships in Frisco, Texas on a day filled with everything from comebacks to shootouts as well as a fair share of blowouts. There was one recurring theme to the day, however, and that was Cal South winning. 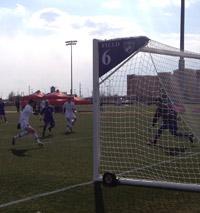 The games of the day came from the mid-afternoon kickoffs featuring the Virginia ’97 boys against the Cal South ’97 boys and the North Texas ’97 girls against the Eastern NY ’97 girls. On the boys side, Virginia attacking midfielder Lucas Mendes stole the show in the first half scoring twice including the goal of the day, a wonderful individual effort in which he beat four Cal South defenders before slotting the ball home from a tight angle.

The spirited and sometimes feisty match was level before halftime, however, as Andrew Garcia and an own goal just before the halftime whistle sent the game into the break scoreless. The second half failed to produce any goals and despite a myriad of chances for Cal South in overtime including Alexis Diaz hitting the post just before full time, the game went to penalty kicks where the California side took home a deserved victory.

On the girls side, North Texas jumped out to an early first half lead over Eastern New York on a goal by Carli Arthurs, but comebacks were the theme of the afternoon and a late own goal created by Keri Carvallo for New York sent the game into overtime. Cavallo was the hero of the day for New York scoring her second goal in overtime to take New York to Sunday’s championship game.

In that game, New York will face the Cal South ’97 girls who easily dispatched of Michigan ’97 girls 5-0. Katie Pingel was the star for Cal, earning a penalty kick that she scored for the first goal before volleying a pass from Maegan Gibson past Paige Dobbs to double the lead. Jessica Clegg, Hanna Armendariz and Sofia Chambers rounded out the scoring for Cal South in the comprehensive victory.

On the boys side, Cal South will take on Florida who rode an early penalty kick and two goals from Jonathon Lewis to a 2-0 victory over Michigan.

In the night matches, the blowouts continued in two lopsided games to open the evening. The ’96 girls from Indiana peppered Georgia ‘keeper Morgan Beans’ goal all evening, winning 3-0 to book a spot in Sunday’s championship game. Forward Kellee O’Shaughnessy opened the scoring for Indiana before a corner kick sent in by Emily Coudret found its way into the net. The Indiana defense led by Alison Nelson and Madison Knock stood strong the entire evening rarely allowing a Georgia chance en route to the emphatic win.

The ’96 boys from Eastern PA are headed to Sunday’s championship after an easy win over the Wisconsin ’96 boys led by a fantastic second half performance in which PA, led by Christian Bukowski, Matthew Barile and Zachary Zandi, put four goals past Wisconsin while Patrick Berneski, Wyatt Fabian, Andrew Denno and Samuel Feehrer were solid in defense in the shutout win.

In the final matches of the evening, Cal South rounded out their perfect day as both the ’96 girls and boys won their matches to ensure the California side will have teams in every single ODP final on Sunday morning.

On the boys side, Michael Licon finally broke down a stout North Carolina defense with a goal midway through the second half to break the scoreless draw. The single goal held up for Cal South to get their ’96 boys into the final where they will face Eastern PA.

The girls had a much easier job on a chilly Friday night with Hailey Harbison scoring twice and Indigo Gibson adding a third in Cal South 96’s 3-1 win over New Jersey.