Camp Notes: U15 and U17 youth national teams 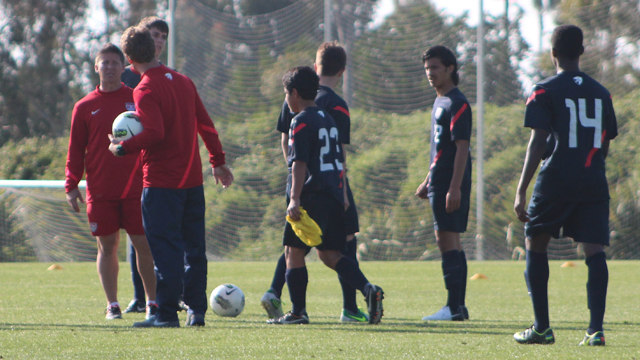 For the younger age, it was the third camp under the guidance of U15 head coach Tony Lepore as this group continues to build toward the 2015 U17 World Cup.

The older age group completed its first camp under the moniker of U17, as this group matriculates through the U.S. Soccer spectrum. Previous off-year age groups (those born in odd years for the U17 World Cup) have been neglected past the U15 national team until the U18 Men’s National Team a few years later, which is what Lepore and the other coaches in the national team sphere set out to change with this group. Twenty-two players had the chance to impress coaches Brian Johnson and Carson Porter in this camp and perhaps cement their place on the roster prior to an international event later this year.

Saturday’s final day of camp featured an intersquad scrimmage for the U15 group, which ended in a 1-1 draw with Joshua Perez and Haji Wright scoring for their respective squads. The U17 Men’s National Team defeated Real So Cal U18 2-1 behind goals from Real Salt Lake-Arizona players Brooks Lennon and Sebastian Saucedo.