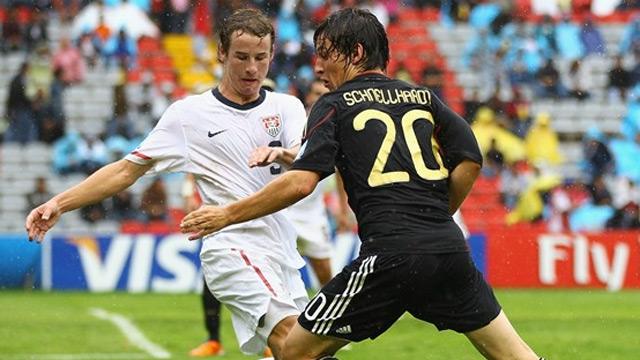 Nathan Smith has had a busy summer. There was the FIFA U17 World Cup last month in Mexico; then his signing with Premier Development League club Fresno Fuego to ensure his continued advancement.

But in between all of this, Smith still managed to fit in an important decision or two. Like committing to UCLA for the 2013 season, which he did recently.

Smith, our No. 2 ranked player in the 2013 Top 100, was pretty much fixed on the Bruins from the beginning. 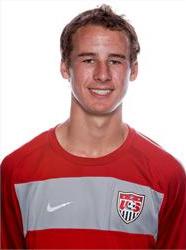 Nathan Smith
“I knew it was a good school, and has a lot of history of winning,” Smith said. “I also know a couple guys from residency who will be going there as well.”

Smith took one unofficial visit to UCLA where he toured the campus, talked to the coaches and eventually gave them his verbal.

Of course, Smith still has a couple years to build on his already impressive game before he ever reaches his college campus. And who knows, by then he could have other options to consider like his U.S. U17 MNT teammate Marc Pelosi.

While playing with Pelosi, along with Mobi Fehr, Alejandro Guido, Paul Arriola and the rest of the gang, Smith learned a few things in the midst of the U17s World Cup loss to Germany.

“You can’t take things for granted,” Smith said. “Had we won all three of our early games, we could have had an easier road. We played well to start, but didn’t continue, and didn’t get the result.”

Smith is currently training with the Fresno Fuego where he is the youngest player on the squad, and will undoubtedly receive some good development during what has been far from a summer vacation.

Joining Smith with a verbal commitment to UCLA is Michael Amick (De Anza Force SC), who also gave his verbal to the program for the 2013 season. Amick is ranked No. 13 in the Northern California & Hawaii Region.

Here are the rest of the commits:

Jeff Adkins (Vardar) has verbally committed to Butler for the 2012 season. Adkins is the No. 7 ranked player in the Great Lakes Region.

Nate Opperman (Sporting Kansas City) has verbally committed to Evansville for the 2012 season. Ranked No. 19 in the Heartland Region.

Rhea Barghash (PDA) has verbally committed to Villanova for the 2012 season. Barghash is ranked No. 10 in the New Jersey Region.
Related: Players To Watch,