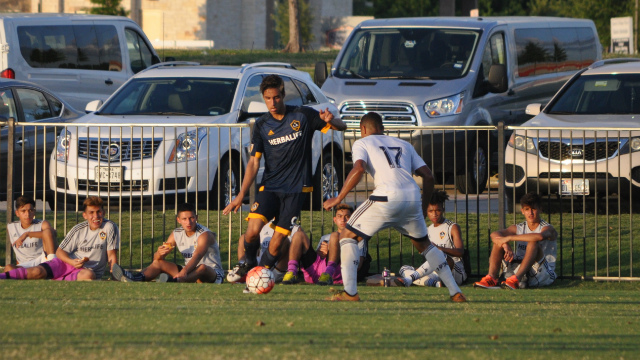 The final day of action at the Development Academy playoff group stages featured a number of matches with plenty at stake.

LA Galaxy’s group clash against the Vancouver Whitecaps served up some of the day’s most stirring drama. Tied 1-1 in the second half, Whitecap attacker Daniel Sagno took a pass towards the top of the penalty real, controlled the ball and smashed home what turned out to be a winner.

Another U18 group flipped on its head on the last day. After BW Gottschee dropped a shock result 3-2, with the Capital Area Railhawks scored in the game's final minutes, Sporting KC scored twice in stoppage time to secure a 6-1 win and advance on goal difference.

Below is a look at some of the notable performances that caught the attention of TopDrawerSoccer in Texas.