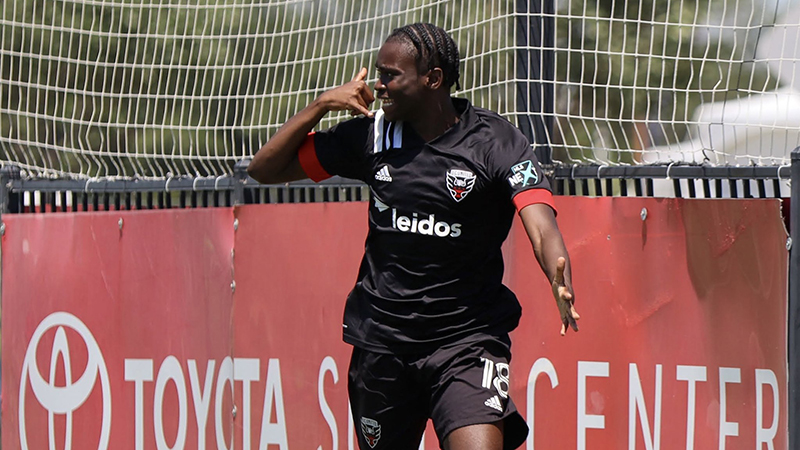 The first two MLS Next Cup champions were crowned on Saturday. Inter Miami and DC United secured silverware in Frisco.

The U17 and U19 finals take play on July 3. Check out the recaps of the two Saturday games below.

U15: Talented Inter Miami holds on against RSL

In a championship tussle that featured two of the best teams at this age group, a pair of first half goals was just enough for Inter Miami.

Both sides started a handful of U.S. youth national team veterans, and each had chances to make a push for the title. Inter Miami struck first, as center back Victor Fung tallied in the game’s 14th minute. He guided home a header to the far post to put his side up 1-0.

Midfielder Santiago Morales doubled the lead 13 minutes later. He one-timed a low cross from Daniel Pinter just outside the box, firing home the second and what turned out to be the winning goal.

VAMOS! #InterMiamiCF with the 2-0 lead. pic.twitter.com/oCKvSD0wit

Real Salt Lake made a game of it, as Zavier Gozo’s strike cut into the lead before the break. But goalkeeper Lucas Russo and the Inter Miami back line kept RSL off the score sheet, securing the title for the South Florida side.

U16: DC United holds on for one-goal win

Facing one of the top teams from outside the professional circuit, DC United held on for a 1-0 win in the Under-16 title game.

An early goal proved to be all DC would need. Sydney Aggrey’s goal in the sixth minute provided the lone strike. Aggrey nipped in to block an attempted clearance by Dalton Bulowski, slotting home an impressive finish to open the scoring.

DC goalkeeper Luke Peacock and a very solid DC back line managed to keep a talented Strikers FC attack at bay for the remainder of the game.