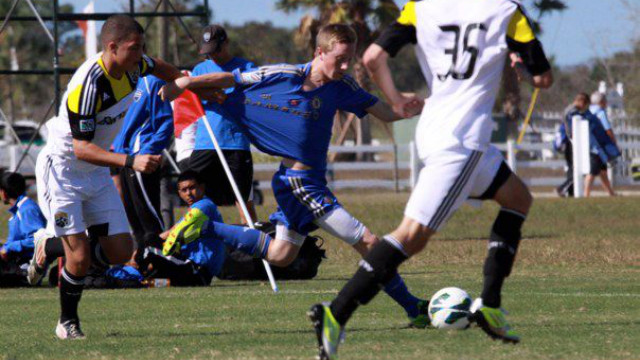 This weekend is a road trip for many teams, and Shattuck St. Mary’s is one side making a trip. The Minnesota club side will travel to Indiana for a pair of matches against Indiana Fire Academy. Shattuck trails Chicago Fire by six points in the U18 Mid-America Division conference, and will look to gain ground on a Chicago Academy side not playing this weekend. It’ll be a Minnesota double for Indiana, which also faces Minnesota Thunder Academy.

A Michigan-Ohio clash is another highlight of the weekend, as Vardar welcomes Internationals to town. It’s a clash that particularly impacts the U16 sides, with Vardar currently second in the division. 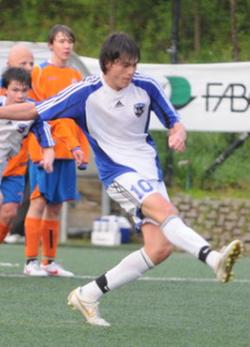 But that isn’t the only meeting between clubs from those respective states. Crew Soccer Academy pays a visit to affiliate side Crew Soccer Academy Wolves as both seek to continue along a path towards the playoffs. Michigan-bound forward Ahinga Selemani is coming off bagging a hat trick last weekend and will look to make the differences for the Wolves U18s.

The swift and dangerous attack of Solar Chelsea SC hosts Frontier Division rivals Texans SC Houston. Bryson Asher and Alan Winn form a dangerous duo on the flanks should they both be available for Solar’s U18 side.

Real Colorado is making the trip over to Kansas for a pair of games against Sporting KC. Behind Jesus Perez’s goal-scoring exploits, Real sits in third in the U18 Frontier Division, trailing FC Dallas and the Colorado Rush.

FC Dallas, which will compete in the upcoming Dallas Cup, travels to face Lonestar SC Academy, with the U18s boasting an impressive 15-1-4 record thus far in the Academy season.

Riding a five-game winning streak, New York Red Bulls U18s take a trip to New England for meeting with the Revolution. Alex Tejera is heating up of late, scoring twice last weekend raising his total to 11 on the year for New York. The U16 matchup should be just as enthralling, with New York also sitting in first.

Aiming to keep pace with the Red Bulls is Albertson SC, which is in second place in both age groups, takes on FC Bolts Celtic. Columbia recruit Arthur Bosua, with 13 goals on the year is the focal point for the U18s, and he’ll look to keep the tide moving forward.

It’s a tight race in the U18 Southeast Division with Carolina Rapids and Capital Area Railhawks. The Rapids face the North Carolina Fusion this weekend, and will once again look to rely on goal-scoring tandem David Lozano (17) and Tanner Roberts (20).

A top of the standings clash is set for this weekend in the U16 Atlantic Division, as PA Classics take on PDA. The PA side’s tough defense – just nine goals conceded in 16 games – will be crucial to the meeting. They’ll need to shutdown PDA attacker Cameron Harr (17 goals in 16 games) is likely to be pivotal. The U18 matchup should also provide entertainment, with both sides boasting talented players.

Duke-bound forward Cameron Moseley leads Concorde Fire U18s into action in what should be a tough encounter with Charlotte Soccer Academy. Charlotte is four points behind Concorde in the standings, though with three more games played. Midfielder Tomas Hilliard-Arce, who is committed to Stanford, tops Charlotte’s scoring charts.

Another Southwest Division side looking to solidify its playoff chances is Georgia United’s U16 squad. Facing South Carolina United Battery Academy – also in need of points – should raise the stakes this weekend. Georgia’s U18s are also well in the running for postseason soccer.

An all-MLS matchup will take place in LA, as Chivas USA takes on San Jose’s Academy. It’s a non-division matchup, though that shouldn’t diminish from the occasion.

The Quakes will also pay a visit to LA Galaxy Academy on Sunday, making it a busy stretch for both teams. The Galaxy take on nearby rivals Pateadores the day before.