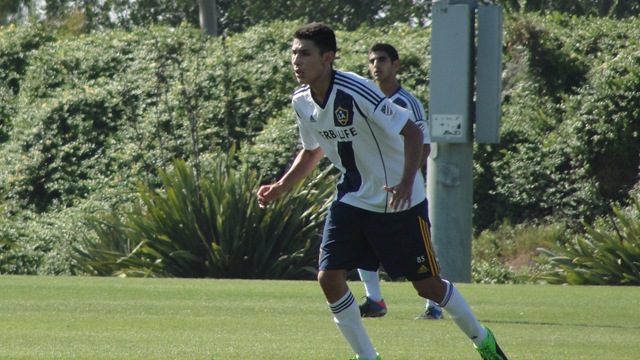 In total, there are 146 Development Academy games on Saturday and Sunday for the third weekend of the season.

With the introduction of the U13/14 age group, the Development Academy is more popular than ever and the schedule is jam packed week after week. This weekend holds special significance for the Southwest Division as a few of the U15/16 and U17/18 teams get in action for the first time this season. 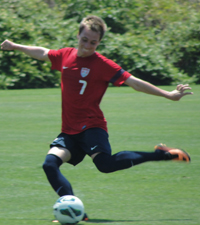 Below is a breakdown of some of the games on the schedule for this weekend.

LA Galaxy and Chivas USA academies send their U15/16 and U17/18 squads up to the Northwest for games against Seattle Sounders and Portland Timbers. The all-MLS academy showdowns highlight the heavy schedule in the West.

LA Galaxy U16 head coach Mike Munoz gets his first action with Galaxy after taking over the position in the offseason. Munoz and his very talented squad open the season against Seattle Sounders on Saturday at Starfire. Sounders U16 opened the season with a clean sweep through Northern California with wins over Santa Cruz Breakers and De Anza Force.

Real Salt Lake AZ, the defending national champions in the U15/16 age group, hit the road this weekend as well for a fixture against San Juan Soccer Club on Saturday. RSL-AZ reloaded the U18 squad in the offseason with the introduction of former U.S. U17 Men’s National Team forward Corey Baird and San Diego Surf defender Erik Holt.

Pateadores and Strikers are also making the long trek up to the great state of Washington this weekend, as the Southern California clubs face Crossfire Premier and Vancouver Whitecaps. Strikers are looking to make some noise this season behind the play of UCLA commit Felipe Liborio Jr.

Sporting Kansas City kicks off the weekend with a game against Lonestar SC Academy on Friday at the Swope Park Training Center. Sporting KC’s U18 squad added some bite to the attack this season with the addition of North Carolina commits Andy Lopez, the younger brother of Mikey Lopez, and Zach Wright to the ranks. Both previously played for Lonestar, which should add a bit more to the fixture.

Indiana Fire Academy searches for its first win of the season this weekend when the club heads to Minnesota for games against Shattuck-Saint Mary’s Soccer Academy and Minnesota Thunder. Indiana Fire U18 has relied on some of its younger contributors through the early stage of the season with Grant Hollkamp and Cameron Lindley, both born in 1997, scoring the only two goals so far for Indiana.

Chicago Magic PSG U18 looks to keep its perfect record in tact when it heads to Ohio this weekend for games against Internationals and Crew Soccer Academy. Magic striker Andrija Novakovich is continuing his tear through the Academy with three goals from the first two games this season. Novakovich had 22 goals in 19 games last season.

Philadelphia Union looks to move to 4-0-0 on the season in the U18 and U16 age groups with games against NJSA 04 on Saturday. The Union U18 has not conceded a goal this season.

In the Northeast Division, New England Revolution U18 is trying to keep the momentum rolling this weekend with a game against FC Bolts Celtic on Saturday. Revs have started the season with solid wins over BW Gottschee and BSC CT Academy. The younger Revs side is still looking for its first win of the campaign.

The big showdown in the Southeast Division comes on Saturday when Capital Area Railhawks Academy – CASL host Carolina Rapids. Rapids U18 lead the division after a 3-0-0 start to the season thanks to four goals from David Lozano. CASL started the season with a 2-1 win over South Carolina United Battery Academy over the weekend.