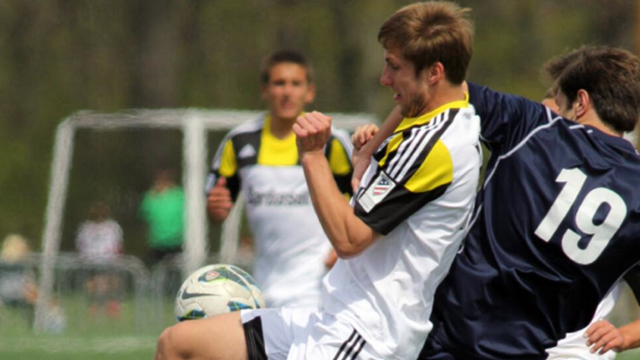 Jumping on the bus to Southern California, Real Salt Lake faced a difficult road trip, lining up against both Chivas USA and LA Galaxy Academies. 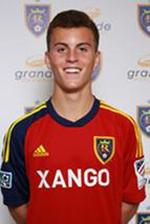 On Saturday, RSL took on Chivas USA, and couldn’t find a way to get a result in either match. Jorge Ruiz scored a hat trick for Chivas USA U16s, leading them to a 4-2 win. Alexander Knox and Brooks Lennon found the back of the net in the loss. Mario Ortiz, Armando Flores and Caleb Calvert all scored for the Chivas U18s, good enough for a 3-2 victory for the Goats.

Sunday, RSL U16s managed to grab a 2-1 win over LA Galaxy, with Lennon finding the back of the net for a second time on the weekend for the game winner. LA U18s nabbed a 1-0 win in the other matchup on the day.

The New York Red Bulls swept to a pair of victories against MLS counterparts Montreal Impact. Jamaica youth international Malcolm Dixon bagged a hat trick to lead the U16s to a 3-1 victory, while Erik Sa, Alex Muyl, Adam Najem and Arun Basuljevic tallied for the U18s in a 4-3 win.

A meeting of PDA and Baltimore Bays Chelsea represented a matchup of two of the more prominent clubs outside the pro ranks. And it was a split results, as the Bays picked up three goals from Georgetown recruit Patrick Koscher on the way to a 4-0 win. In the U16 matchup, PDA scored three times after the break to pick up the full points by a 4-1 score.

NJSA 04 put in two impressive performances on Saturday, emerging from a pair of games against D.C. United with two 1-0 wins.

It was an impressive weekend for De Anza Force striker Jason Romero. The U.S. U18 MNT forward who recently trialed overseas in Denmark, scored three goals in his two games, including a brace in a 3-1 win over Crossfire Premier.

In all, it was a 3-0-1 weekend for the Northern California side, with a draw and a win against the Vancouver Whitecaps, and 3-0 against Crossfire for the U16s.

A handful of Northern California teams hopped on the plane for the Pacific Northwest. The San Jose Earthquakes lined up against both the Seattle Sounders and Portland Timbers, finishing with a 1-2-1 record.

James Nosack’s 90th minute tally for Portland Timbers U18s denied the Earthquakes the full three points, a game which ended in a 1-1 draw. The Timbers U16s scored three and blanked San Jose on Saturday. A trip north up to Seattle saw the Earthquakes split two games with the Sounders, the U18s winning 3-1 and the U16s losing 1-0.

Two goals in the last ten minutes from Barry Foster and Mitchell LaGro led Solar Chelsea U18s to a 3-1 win on the road against Sporting KC. In the U16 matchup, Solar made it a sweep on the day with a 3-2 victory.

There was little separating yet another matchup of MLS Academies, as Crew Soccer Academy received a visit from clubs from the Chicagoland area. Quinn Miller’s 82nd minute goal guided CSA to a 1-0 win for the U18s against the Chicago Fire. The home side was able to win the U16 fixture by the same score.

The Crew also paid a visit to the Chicago Magic – and the U18 meeting wasn’t without drama, as Noah Hutchins scored in the 90th minute to secure a 3-2 win. The Crew U16s also won 3-1.