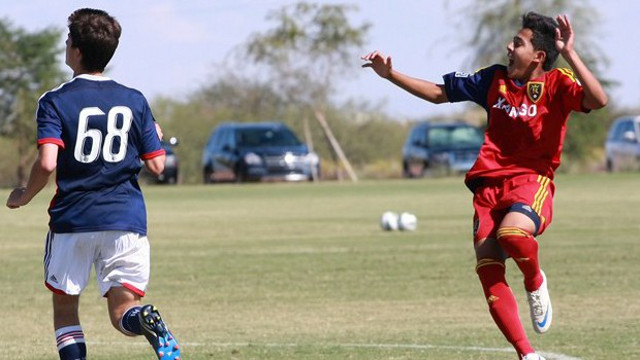 As the Development Academy rolls into November, there are a number of teams that are starting to move to the top of the pile. Fortunately this weekend a few of those teams are facing off in some, which sets up exciting matchups across the country. 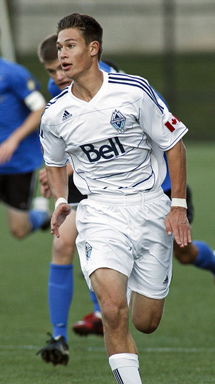 Sporting Kansas City hits the road this weekend for a trip down to Oklahoma to take on FC Dallas at Oral Roberts University. Sporting KC is 6-0-0 in the U18 age group with Eduardo Moreno’s eight goals leading the way. FC Dallas U18 is looking to bounce back after losing both of last week’s games against Real Colorado and Colorado Rush. In the U16 age group, FC Dallas holds down the top spot in the Frontier Division with Sporting KC only one point behind. Aaron Meyer and Santiago Agudelo lead the FC Dallas attack with eight goals between the two.

The rivalry between the Chicago clubs knows no end. This weekend Chicago Magic PSG, the top team in the Mid-America U18 Division, takes on Chicago Fire. Magic is 6-0-2 on the year with a strong defensive effort that has only let in three goals. Fire will test that resolve with a dynamic attack led by Jeff Farina and Marcus Epps.

In Ohio, Crew Soccer Academy hosts Vardar SC Freiburg on Saturday. The Michigan club is second in the Mid-America U16 Division. Nathan McLean and Samuel Akpik have combined to score 11 of Vardar’s 16 goals this season.

CASL Chelsea FC Academy takes on Charlotte Soccer Academy on Sunday in a North Carolina battle. CASL U18 sits atop the Southeast Division standings with a 4-0-0 record. North Carolina commit Evan Krause and the rest of the CASL backline has only let in three goals this season.

Weston FC, the second place team in the U18 age group, is also in action this weekend. Weston hosts Chargers Soccer Club on Sunday. Columbia commit Nicholas Pappacena has been unstoppable on the year with 11 goals in his first eight games of the season.

In the U16 age group for the Southeast Division, the top two teams meet on Sunday when Orlando City takes on Georgia United. The Florida club is 4-0-0 on the year while the Atlanta club is 4-0-1. United has made its way through the early stages of the season with a stout defense that has only conceded one goal this season.

San Juan Soccer Club hosts San Jose Earthquakes on Saturday in an important Northwest Division showdown. Earthquakes are top of the division in the U18 age group with a perfect 4-0-0 record. California commit Randell Black has only let three goals this season as the starting keeper for the Earthquakes.

In Washington, Seattle Sounders take on Vancouver Whitecaps on Saturday. The Sounders and Whitecaps are fourth and fifth in the division respectively. Stanford commit Brody Huitema is the one to watch from the Whitecaps. The striker has yet to really get clicking this year, but he is capable of lighting up the scoreboard.

In Southern California, Real Salt Lake Arizona takes on two oppontents over the weekend with a trip to Orange County. First, RSL-AZ faces Strikers FC on Saturday, and then takes on Pateadores on Sunday. RSL-AZ U18 is 5-0-1 on the season and holds a slight lead over LA Galaxy in division standings. Galaxy is also in action this weekend with a game against Nomads on Sunday.