The roster shuffle is already in full effect for some teams with players heading to and from youth national team camps seemingly every week. This weekend, the youngest age group is affected with the U14 Boys National Team camp in Carson, California. Yet, it should still feature a weekend of high quality soccer across the board.

De Anza Force and Santa Cruz Breakers make the trek to the Pacific Northwest this weekend for games against Crossfire Premier and Vancouver Whitecaps. While the Breakers U18 side is still searching for its first points of the season, the other three teams in the quartet make up the top of the Northwest Division, which should provide some entertaining soccer for the fans in the area. 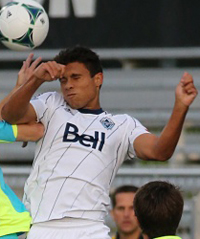 In other Northwest Division games, Portland Timbers and Seattle Sounders host San Jose Earthquakes and Cal Odyssey over the weekend. The Sunday matchup between Sounders and Quakes U16 is a matchup between the fourth and fifth place squads in the division.

Real Salt Lake-Arizona is headed to Southern California this weekend for games against Chivas USA and LA Galaxy in the U18 and U16 age groups. RSL-AZ U16 opened the season with a 9-0 win over San Juan Soccer Club two weeks ago and has been on hiatus since then. Chivas USA U16 is also perfect on the season after wins over Portland Timbers and Seattle Sounders. Ivan Gutierrez, a talented winger, leads the Chivas USA U16 team in scoring with three goals on the season.

Galaxy U18 tops the chart in the division for the older age group after a 3-0-0 start to the season. UC Santa Barbara commit Adonis Amaya leads the team in scoring with five goals. RSL-AZ, 1-0-0 on the season, takes on the Galaxy on Sunday at the StubHub Center.

Dallas Texans, the leaders of the Frontier Division U16 age group, head to Colorado this weekend for a game against the Colorado Rapids at Dick’s Sporting Goods Park. Texans are 2-0 on the season in the U16 age group with 10 goals for and only one against. Meanwhile, Rapids are 3-0-1 on the campaign and yet to let in a goal. Nathan Braaten, Miles Chow, William Herzl, Samuel Raben, Christopher Reichmann, and Jacob Smits-Kagoshima have been the key contributors for the Rapids U16 squad.

FC Dallas started the season last weekend with wins in the U18 and U16 age groups over Solar Chelsea SC. This weekend, FC Dallas faces another in-state test with a battle against Houston Dynamo. Both clubs are undefeated on the season, which should set up for a pair of very good games on Sunday at the FC Dallas Sports Park.

Shattuck-Saint Mary’s Soccer Academy, the national finalist in the U18 age group last season, return to action this weekend with games against Crew Soccer Academy Wolves and Vardar. Creighton commit Ricardo Lopez-Espin leads SSM U18 in scoring with three goals in three games.

Both Crew Soccer Academy Wolves and SSM U16 are undefeated this season, which should set up a pretty meaningful clash on Saturday in Minnesota. Bryan Prudil continues to lead the Wolves in scoring with three goals this season.

Philadelphia Union and PDA seem to be on a collision course in the Atlantic Division with the two clubs leading the standings in the U18 and U16 age groups through this stage of the season. The race is especially competitive in the U16 age group with the teams holding identical records through the first five games. This weekend, Union could take the slight advantage with a game against Virginia Rush while PDA has the weekend off.

The Northeast Division also features a quality showdown this weekend when New England Revolution hosts Albertson SC on Sunday. Albertson holds the lead in the U18 and U16 age groups in the division following a perfect start to the season. Conrad Nowowiejski leads the U16 tem in scoring with four goals in four games. Arthur Bosua paces the attack for the U18 side with five goals to his name.

Georgia United and Concorde Fire travel to North Carolina this weekend for games against Capital Area Railhawks Academy – CASL and North Carolina Fusion. CASL leads the Southeast Division U18 age group following a 4-0 start to the season. Andre Fortune leads the team in scoring with three goals in only three appearances.