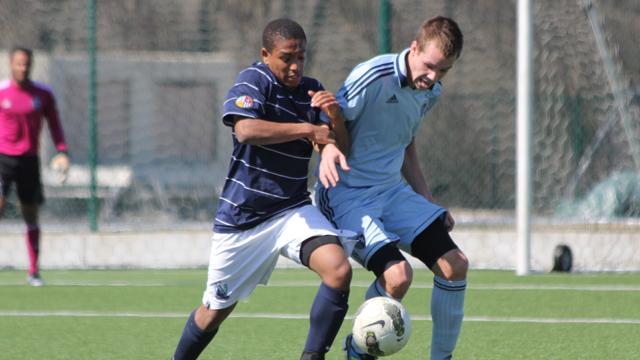 Orlando City is one of the new clubs in the USSF Development Academy for the 2012-13 season, but it is in a different position than the others.

Orlando City was a late addition for this year after another club, Birmingham United, was kicked out of the Academy. The acceptance came at a price for Orlando City though.

“I think our biggest challenge will be getting our boys ready for the competitive nature of the Academy, it’s a different level to where the boys have competed in the past,” Orlando City owner Phil Rawlings told TopDrawerSoccer.com earlier this year. “The other big challenge is that as a part of our entry into the DA League we agreed to play several ‘home’ games on the road this first year. This brings its own challenges of travel and playing fewer home games.” 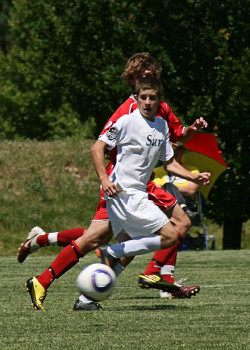 Technically, this weekend’s games against North Carolina Fusion are home games for the Florida team, but they are not being played in Orlando. Instead, Orlando City secured fields in Jacksonville, 126 miles north of Orlando’s normal home field, to cut down the travel time for the Fusion.

The hospitality probably won’t do Orlando City any favors though, as North Carolina Fusion is expected to be one of the top teams in the U18 age group with North Carolina commits Warren Marshall and Marco Sunol back for their final seasons in Academy play. Sunol might not be available for the Orlando City clash though due to an injury.

The game in Jacksonville is not the only fixture on the schedule for this weekend with many other clubs across the country also going the fray in Development Academy play.

Real Salt Lake-Arizona starts their season with a visit from San Juan Soccer Club, which has split from California Development Academy for this season.

In the U16 age group, RSL-AZ still has a plethora of youth national players with U15 BNT goalkeeper Christian Hererra, midfielder Brooks Lennon, midfielder Adolfo Ovalle, and midfielder Sebastian Saucedo all expected to make their debuts with the club this week.

Elsewhere in the Southwest Division, De Anza Force heads to the opposite end of California to take on San Diego Surf on Saturday. Force U18 will be shorthanded with star center back, and UCLA commit, Michael Amick still in Europe with the U18 MNT. However, the Northern California club still has a strong roster with forward Jason Romero and defender Travis Pillon headlining the show.

Surf U18 is looking for its first win of the season after drawing 2-2 with Santa Cruz Breakers last week. Nike’s The Chance Global Finals winner Brian Iloski scored in the draw and should feature prominently in Saturday’s game. Iloski is a California commit for 2013, but will be part of the Nike tour in January that includes training at some of the top clubs in the world.

In Minnesota, Sockers FC and FC Milwaukee make the trip west to take on Minnesota Thunder and Shattuck-Saint Mary’s this weekend. This is the first game of the season for all four clubs.

The residential academy’s U18 squad has a roster full of collegiate talent, which is headlined by futsal star Lucas Stauffer, youth national team defender Robert Sagel, and region IV ODP standout Kevin Beyer, who was the captain of the U16 team last year.

Also in the Mid-America Division, St. Louis Scott Gallagher Missouri, the national finalist in the U16 age group last year, open the season with a game against Chicago Magic PSG on Saturday. Magic U16 has a trio of young stars in Abuchi Obinwa, Elijah Rice, and Luka Prpa.

The expanded Frontier Division gets in swing this weekend with a number of teams kicking of the season. Of note is the Sporting Kansas City U18 squad, which plays Colorado Rush on Saturday. Sporting, typical ambitious in its approach, has moved promising youth prospect Erik Palmer-Brown up from the U16 team to the U18 team for this season.

Palmer-Brown is only 15-years-old. The fluid center back definitely is a player to watch in the Academy this season as he inches closer to the Sporting first team.

Solar Chelsea SC, one of the finalists in the U18 age group last season, opens its season with a game against Houston Dynamo on Sunday. Solar U18 will be without the services of Furman recruit Trevor Haberkorn who is with the U18 MNT this week. Former FC Dallas Academy outside back Alex Frankenfeld has switched to Solar this season and should immediately step into the lineup.

The Dynamo’s U16 team is one to watch in Texas as it has a number of talented players on the roster including U15 BNT winger Christian Lucatero.

In the older game, NJSA will need to make special note of Joseph Julius who always seems to be scoring goals. The physically punishing forward scored twice last weekend and will be looking to add to that tally against the New Jersey club.

D.C. United U18, one of the most talented teams in the nation, started the year with a 5-2 win over NJSA 04. This weekend, United makes the short trip to Virginia for a game against Virginia Rush.  Former Residency Program midfielder Jorge Calix is now pulling the strings for United and has that offense clicking into overdrive.

In the Northeast Division, U16 National Champions New York Red Bulls kick off their season with a game against Revolution Empire, formerly Empire United, on Sunday.

Down the coast, South Carolina United Battery hosts CASL Chelsea FC Academy in a battle of two of the best clubs from the Southeast Division. Both clubs bring back talented rosters from teams that made the playoffs last season.