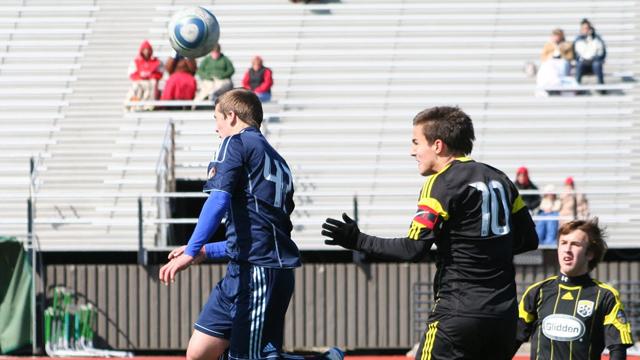 In only his second game with the Colorado Rush, Ruben Siguenza recorded a hat trick over the weekend in U.S. Soccer Federation Development Academy action. The 18-year-old midfielder notched the three-goal performance in an 8-1 win over Classics Elite on Sunday.

So who is Ruben Siguenza?

He is an El Salvadorian youth international who previously played with Spanish club Sevilla’s youth academy. 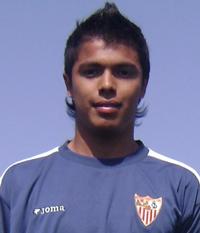 Ruben Siguenza
As part of a partnership between the Rush and Futbol Academy in El Salvador (FESA), Siguenza and Jonathan Barahona, also from El Salvador, are playing for the Colorado Rush U18 Academy for the rest of the season. FESA also sent players to other Rush clubs across the country.

Siguenza told the club website that he wanted to come to the U.S. to pursue an education . . . looks like some college assistant coaches will be heading to Denver soon. Rush return to action on March 31 with a derby fixture against Real Colorado.

Who else stood out from last weekend’s Development Academy games?

Chicago Fire’s youth academy continued to show its class with three wins in four games between the two teams over the weekend. The U18 team went a perfect 2-0 with a pair of 3-0 wins over the two St. Louis Scott Gallagher clubs.

Former U17 national team star Andrew Oliver made his debut with the club on Saturday. Oliver played the final 16 minutes in the shutout victory.

Fire bounced back on Sunday with a 6-0 win over St. Louis Scott Gallagher Metro. Mississippi-native Marcus Epps scored three goals in ten minutes in the first half to put the game out of reach early.  Smith, Christian Henock-Berhanu, and U15 national team midfielder Collin Fernandez also scored in the win.

Down in Dallas, someone finally managed to slow down FC Dallas . . . at least for one day.

Internationals, from Ohio, claimed victories in both the U18 and U16 games on Sunday. George Poppas scored twice for the Internationals U16 in a 2-0 win. 13-year-old John Nelson, who has trained with AC Milan in the past, made his fourth appearance of the season in the win. The Ohio club won the U18 game 1-0.

FC Dallas did enjoy part of the weekend though with a pair of wins over Crew Soccer Academy on Saturday. Antonio Aguilar and Kelyn Acosta scored in a 2-1 win for FC Dallas U16. It was not all-positive news though, as Acosta was forced to exit the game early due to a broken wrist.

In the U18 game, FC Dallas ran rampant with a 5-0 win. Jose de la Tejera scored twice to bring his season tally up to nine. Nicholas Rochowski, Alonso Gallegos, and Marco Ortiz also scored in the win over Columbus Crew’s youth academy.

Elsewhere in Texas, Crew Soccer Academy Wolves continued its perfect start to the season with two wins over Texans SC Houston and Texas Rush. Ali Jawad added to his season tally with the winner on Saturday. Jawad leads the Wolves with six goals in seven games.

Colorado Rapids also had a good showing over the weekend with an undefeated run between the two teams. The U16 team collected a 4-0 win over Classics Elite on Saturday. Alex Toderica scored twice in the win on Saturday and added another on Sunday against Lonestar SC Academy in a 3-0 win. Toderica leads the team with 8 goals in 7 games this season. Daniel Devora scored the other two goals on Sunday.

The U18 Rapids team collected a 3-0 win over Classics Elite in the first game of the weekend. Rising star of the Rapids Academy, Ricardo Perez, scored the second goal in the win. Lonestar SC Academy U18 fought to a 1-1 draw with the Rapids on Sunday.

Even in the pouring rain, it is difficult to stop the slick play of RSL-AZ. The MLS residency program slid past Strikers FC 3-0 on Saturday in the U18 game. In the U16 game, U.S. U18 national team forward Benjamin Lopez and Jose Navarro scored for RSL-AZ in a 2-0 win.

On Sunday, Pateadores were not very welcoming for the Arizona Academy and collected a draw and a win in the two games. Outside winger Cameron Waymire scored in the U18 game for Pateadores early in the second half for the game-tying goal. Pateadores U16 team won 4-2 in the afternoon contest.

UCLA commit and U.S. U18 national team midfielder William Raygoza scored twice on Saturday in a 4-1 win for LA Galaxy U18 over San Jose Earthquakes. UCSB commit Drew Murphy also scored twice in the win. Galaxy also won Sunday’s game against Cal Odyssey 4-1 to improve to 13-1-3 overall on the season.

Surf U18 had a win against De Anza thanks to a game-winning strike from Loyola Marymount commit Ryan Kretz, and a 2-2 draw against Santa Cruz Breakers. Cal Poly commit John Chronopoulos started the scoring in the sixth minute. Surf responded shortly before half with a goal from Nick Gagliani in his first start of the season. Breakers answered immediate after half via Jake Snowden, but UC Davis commit Eric Budniewski had the last say for Surf with the game-tying goal in the 68th minute.

In the Northwest, Seattle Sounders Academy topped Crossfire Premier in both age groups in the Seattle derby. Ian Lange, Stefan Bangsund, and Jordan Schweitzer were on point for Sounders U18 in a 3-1 win. James Nosack and David Olsen found the back of the net for the Sounders U16 in a 2-0 victory.

Baltimore Bays Chelsea continues to show it will be a force to be reckoned with for the rest of the season with another two-win weekend for the U18 team. Christian Porras recorded a hat trick in a 6-0 win over South Central Premier on Saturday. Ishmaiah Calwrie, Richard Greensfelder, and Christian Morales scored the other three goals.

On Sunday, Greensfelder was again on point in a 1-0 win over Oakwood Soccer club. BBC is now 5-4-0 overall on the season and riding a four-game winning streak in March.

BBC U16 is also riding a four-game winning streak after claiming two wins over the weekend. BBC knocked off South Central Premier 5-0 on Saturday behind goals from George Campbell, John Jlopleh, Patrick Koscher, Matthew Bautista, and Samuel Wancowicz. BBC U16 topped Oakwood Soccer Club 1-0 on Sunday thanks to a goal from George Campbell.

The New York Red Bulls did not mind hosting some visitors from the Mid-Atlantic Division over the weekend. The Red Bulls won all four games against Potomac and D.C. United.

NYRB U18 won on Saturday 4-2 over Potomac. Ross Tetro, Brandon Allen, Daniel Bedoya, and Sean Sheridan scored for the MLS Academy. Allen and Bedoya found the back of the net again on Sunday in a 2-0 win over D.C. United.

New England Revolution U16 continued its winning streak a pair of victories over the weekend. Federico Ferre and Will Szostkewicz scored for the Revolution in a comeback victory over NJSA 04 on Saturday. Mawolo Gissie scored the lone goal on Sunday in a 1-0 victory over Match Fit Chelsea.