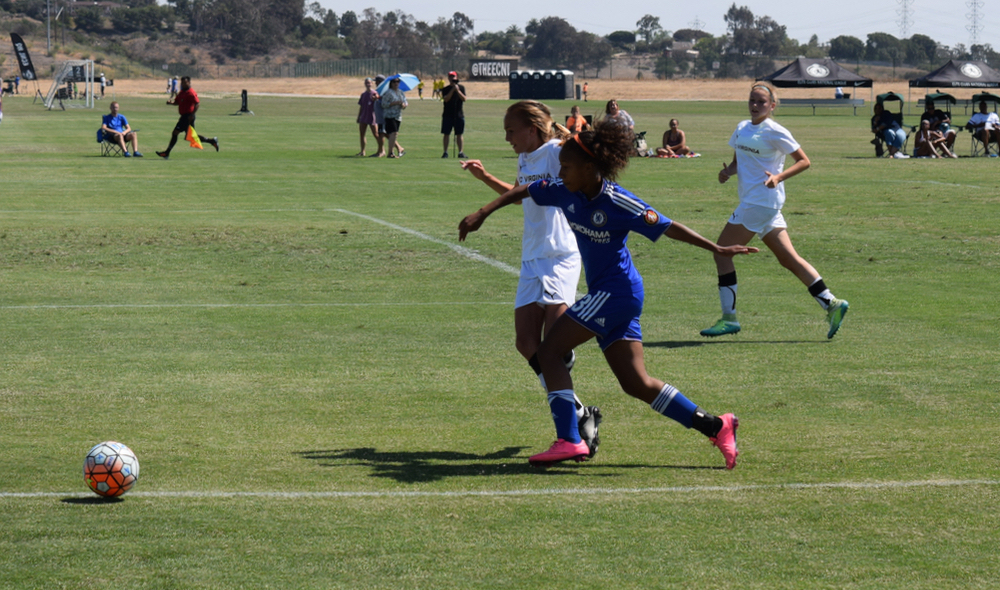 The ECNL 2016/2017 season wraps up this weekend in San Diego with the semifinals and championship games from the U15-U17 age groups in the Champions League playoffs. Between the three age groups, there are 12 teams headed to sunny Southern California for a chance at winning the national championship in the top girls club soccer league.

TopDrawerSoccer will be on hand for all of the games from the Surf Cup Sports Park (formerly the San Diego Polo Fields) so check back throughout the weekend for exclusive coverage of the event.

Below, TopDrawerSoccer breaks down the four teams left in each age group in preparation for the event. The schedule for the weekend is set with the semifinals for the U15 age group at 9 a.m. and the U16 age group following at 11 a.m. While the game times are set, the opponents won’t be set until the night before the games with draw scheduled for 6 p.m. on Thursday.

Brief Preview: It’s no surprise to see So Cal Blues in prime position to take home the national championship in this age group. The Blues have been the favorites all season long in the U15 age group. The squad was dominant in Illinois and looks to write the final chapter of the novel this weekend in San Diego.

Players to watch: Grace Watkins (Slammers) and Jenna Faybrick (Michigan Hawks) made the TopDrawerSoccer Best XI from the U15 ECNL Playoffs and will need to be at their best to knock off the favorites, Solar Chelsea SC and So Cal Blues, in this age group.

Brief Preview: The U16 age group holds the distinction as the only age group with all four teams advancing to the semifinal after compiling perfect records from group play. The favorites in this age group, So Cal Blues, were knocked out in group play so the field looks pretty open between the four teams remaining.

Players to watch: Alexis Legowski (FC Stars) and Haley Sorrell (FC Dallas) were two of the standouts from the playoff round and earned spots on the TopDrawerSoccer Best XI for the event. Concorde Fire and Tophat Soccer Club both have national team players on the roster with Croix Bethune and Natalia Staude leading the way.

Brief Preview: Slammers is the local side in this age group, and arguably the favorite with Jenna Nighswonger and Kate Wiesner leading the squad. An impressive display in Illinois has Slammers on the doorsteps of a national title, but Crossfire, Hawks, and Storm all have talented groups that could make this age group the best of the bunch in San Diego this weekend.

Players to watch: Gabreilla McDonald was a standout for Colorado Storm during the first stage of the playoff and earned a spot in the TopDrawerSoccer Best XI for the event. McDonald will be in the spotlight again in San Diego, as Storm is probably the underdog in this group and will need a brave performance from their goalkeeper to snag the championship.