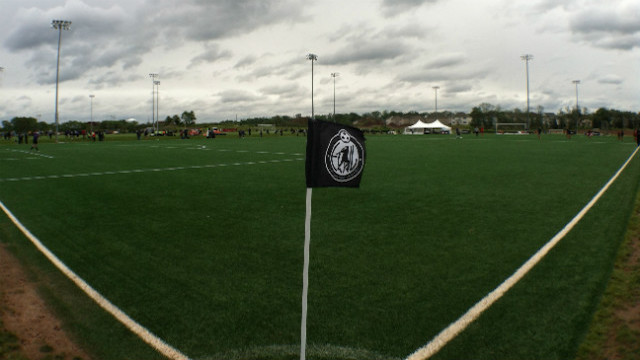 It’s one last club soccer hurrah for a number of Division I-bound ECNL stars in Seattle, as the race for a U18 title culminates in the Pacific Northwest.

Below is a group-by-group preview of the team heading north this week to compete for a title.

Deep, talented and experienced on the national level, the top seed Dallas Sting hasn’t lost a single game in the 2014-15 campaign. Attacking options are plentiful, including Mimi Asom, Julie James, Jordan Harr, Brittany Crabtree and Kaycie Tillman. The firepower is there for a run.

Persevering their way to success this season, FC Stars have only had 13 players for a bulk of the year, and it’ll continue in Seattle. That has been no excuse as the team buckled down and got the job done to make the finals. Rosemarie Boyd (who plays for Belgium U19 women’s national team), Gabriella Carrerio and Kathryn O'Brien have displayed consistency through out the year.

Even with their college futures sorted, Crossfire Premier didn’t let up and get the chance to stay close to home and compete for the finals. Team camaraderie has helped push them this far, along with the play of Karli White, Kennedy Kenieker, Keagan Bolibol, Taylor Sekyra and Devan Talley – to name just a few.

Despite two losses to close the season, Indiana Fire crossed the finish line in playoff position thanks to consistency in all facets of the game, from attacking, midfield, defending to the goalkeeper. Depth has also helped prove the needle, and Indiana will take it one game at a time. Samantha Dewey has topped the scoring charts, as the Xavier recruit has averaged more than a goal a game this year.

Pittsburgh-bound forward Jarena Harmon leads McLean Youth Soccer in scoring with 17 tallies in 14 games as the Northern Virginia side won all 13 of its Chesapeake Division games. With only three games played in 2015 (spring is the high school season in Virginia) rust could potentially be a factor but the team is no doubt good enough to make a run.

California clubs are always worth watching out for, and the So Cal Blues are no different. Marissa Everett, Katie Pingel and Sasha Stephens all hit for double-digit goals this season, and if UCLA recruit Anika Rodriguez heads to Seattle as well, the Blues certainly have the firepower to make some noise.

Team spirit has been the backbone of the Dallas Texans, and it’s crucial to finding any kind of success on the field in Seattle. Madison Haley and Emily Bates both hit double digits in goals to lead a potent offense that tallied 62 goals on the year.

Stanford recruit Tegan McGrady has piled up the stats for MVLA this season with 13 goals and 13 assists for the California side. They’ve shown the ability to topple anyone they come across this season and can get the job done at either end of the field. Shaelan Murison Brown (12) and Aerial Chavarin (11) also did their part in the final third.

At this stage of the season, teams from Eclipse have shown the ability to string together results and emerge as champions. This U18 side is no different bolstered by future DI talents like Maya Neal, Ann Marie Niro, Reilly Martin and Chelsea Burns who can make game-changing plays in all spots of the field, and has the experience in big games to thrived out in Seattle

Stopping GSA from winning a national title could come down to slowing down Jennifer Westendorf. The Notre Dame recruit and 2016 graduate has 36 goals from just 21 games, a ridiculous strike rate. Elxa Bahr, Ella Stevens and Sh’nia Gordon ensure that the team’s offense isn’t about just one player. What’s interesting about the Georgia side is that they closed out the season at the end of December, potentially raising questions about how they’ll adjust jumping back into the fray against some very good opponents.

One of the defining traits of any successful team can be as simple as staying healthy. That’s been one of the biggest reasons that a talented West Coast FC team has made it this far, with five players accounting for most of the goals, and five different goalkeepers getting a chance between the posts.

Three Top 25 recruits from the 2015 IMG Academy 150 rankings are on the Colorado Rush roster, with goalkeeper Sabrina Macias, midfielders Jordan DiBiasi and Betsy Brandon garnering that recognition. If all three make the trip to Seattle, this is one side that could end up making a deep run.

Conceding just six goals in 17 games is a tremendous mark for any team at a high level, and local side Washington Premier earned the right to compete at finals in Seattle. The good news for players like Jessica Udovich and Kelcie Hedge is that their careers continue in the Pacific Northwest, as they’ll join Washington in the fall. But first, a run at a championship is in the cards.

Making the trip from Pennsylvania is FC Bucks. A sterling defensive record has helped propel them to this point, anchored by the steady play of Paige Bergman, Dominique DeMarco, Ashley Maziarz and Nicole Caffey to help lock things down. A tidy partnership of Dakota Mills and Taylor Troutman up front helps provide enough punch to the attack.

The dynamic and at times unstoppable Mary Alice Vignola is one of the most dangerous players Ohio Elite brings out west. The Tennessee recruit has the speed and skill to be most defenders on any given day. She’s far from the only blue chip recruit, as goalkeeper Samantha Leshnak is heading to Chapel Hill in the fall, and midfielder Jill Vetere is heading to Louisville. Ohio is a team capable of putting up goals, as they’ve scored four times or more in six games this season.

Securing the last spot in the playoffs, the Michigan Hawks are as talented and dangerous as the other teams at this stage of the season. Zoe Morse, Kate Morris, Courtney Petersen, Marisa Viggiano and Alexis Warner represent just a small sample of the players who are heading to prominent college programs either later this year or next. If the Hawks hit the ground running, there is no question they are capable of advancing from the group.