Two of the most recognizable teams in Texas are battling this weekend, as FC Dallas and the Dallas Texans square off in all five ECNL age groups on Saturday.

While FCD is obviously known as the area’s Major League Soccer franchise, their youth brand encompasses girls’ youth clubs that is currently vying for results in the ECNL. 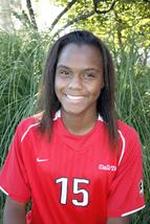 Like with the boys’ side, a number of strong clubs exist in the Dallas/Fort Worth area and Texas in general, and there’s plenty to play for this weekend as the two teams meet in the ECNL.

At the U18 age group, the gap is pretty significant, with the Texans currently in control in the Texas Conference with a record of 10-0-0. FCD will be hard pressed to slow down prolific striker Jasmine Hart and keep the game close.

It’s much closer in the U14 and U15 age groups, giving FCD a much stronger impetus to try and come away from this weekend with all three points.

After an extremely busy weekend for this age group at the Richmond Showcase for many of the east coast teams, the schedule provides a break for some, while others are right back in the thick of things.

CASL Chelsea Ladies, which split their pair of games in Richmond, face two more tests this weekend against conference opponents. First up is a challenging matchup with the Atlanta Fire, while a meeting with Gwinnett Soccer Association presents the chance for CASL to close the gap on Southeast leaders Concorde Fire. Taylor Currie is among the players enjoying a bright start to her ECNL campaign.

The top two teams in the Midwest Conference get the chance to duke it out for first place on Sunday, as Sockers FC play host to Michigan Hawks. Slowing down Madeline Lucas will be goal number one for Sockers, which currently sit in second place, five points behind Michigan – although the Hawks have played on more game so far this year.

Making the trip to Arizona from Colorado this weekend is the Storm, looking to bolster its standings in the Mountain West Conference. Matchups against Sereno SC an SC Del Sol are on the slate for Saturday and Sunday respectively. Amanda Lopez and Rachel Muller have both provided the majority of the offensive punch so far this year for the Storm.

Also on the road this weekend is Vardar, traveling first to the Chicago region for a game against Sockers FC on Saturday, and then getting a chance to take on FC Wisconsin Eclipse a day later. Currently in the middle of the table right now in the Midwest, Vardar can make some noise with a couple of wins, especially if the likes of Claire Allen, Shannon Casey and Sydney O’Donnell figure prominently.

With first place side MVLA not in action in the Northwest Conference, Mustang SC has a good opportunity to close the gap when they face San Juan Soccer club this weekend. It’ll be Mustang’s last chance to do so until the season resumes in March 2013, so they’ll want to finish strong.

Both D’Feeters and Texas Rush could use the full three points when the two sides meet. They are each currently sitting in sixth and seventh place respectively in the Texas Conference, knowing that a win would do wonders to help them climb up the ladder.

Looking to maintain and keep up with first place CASL Chelsea Ladies, Charlotte Soccer Academy hits the road with their in state counterparts to face Gwinnett Soccer Association and Atlanta Fire on Saturday and Sunday respectively. Currently equal on points with the same number of conference games played, all signs point to a tight race, making every game important.

This weekend the season starts for the Minnesota Thunder Academy. The ECNL squad has yet to dip its toes into competitive action in the 2012-13 season. That changes this weekend with the visit of St. Louis Scott Gallagher’s two club sides visiting.

High scoring TSC Hurricane hits the road south to Texas this weekend, with games against Lonestar SC and Texas Rush on the schedule. Anna Beffer (8 goals, 8 assists), Elizabeth Keester (14 goals, 5 assists) and Kristen Killion (9 goals, 5 assists) each present dynamic and potent scoring threats that their Texas counterparts must be able to neutralize.

Opportunity knocks for the Michigan Hawks to take over first place in the Midwest this weekend. With two games on the docket, and first place Eclipse SC with the weekend off, six points from matchups against FC Wisconsin Eclipse and Sockers FC will do the trick. Of course, both are on the road, making the challenge all the more difficult.