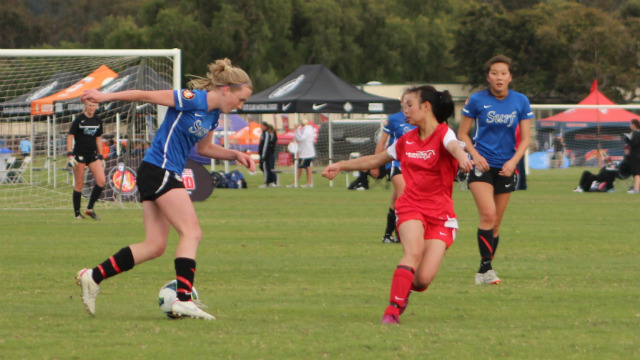 Last weekend, the ECNL stopped everywhere else save for the teams making the trip to Southern California for the San Diego Event.

Business as usual resumes this weekend with warmer weather leading to a heavier slate of games. Here’s a look at some of the best upcoming matchups:

The youngest age group supplies the busiest amount of action, with the older clubs getting a little bit of a break.

FC Virginia heads back into action for the first time since its trip to Bermuda over Easter weekend, hosting the Richmond Strikers on Saturday. It’ll be intriguing to see how the lessons of their trip abroad translate back into league play. 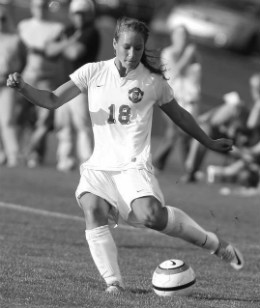 A strong start to the season in the Midatlantic Conference could continue this weekend for Carmel United. The Indiana club takes on Ohio Premier Eagles and Internationals SC, as the attacking standout Alexandra Rice continues to lead the way.

It’s a road trip weekend for Freestate Soccer Alliance, the first place squad in the Midatlantic. Games against Ohio Elite Soccer Academy and Carmel United lie ahead in their immediate future. Kia Rankin and Nia Dorsey have made things tick offensively, while Samantha Price and Ashley Paquet provide consistency at the back.

Despite a loss at the ECNL Event last weekend, it’s been an undefeated start to the season in the SoCal Conference for the San Diego Surf (7-0-0 record). That mark goes on the line against Eagles SC. Olivia Erlbeck and Dana Dalton form a deadly attacking duo for the Surf.

Penn Fusion can close the gap on a dormant FC Bucks squad this weekend, as the Fusion welcomes Connecticut FC and SoccerPlus Connecticut to town. Two wins from both would nudge them to the top of the Northeast Conference.

Returning from the San Diego National Event with its first loss of the season – albeit outside of conference play – the strong PDA side travels north for games against Scorpions SC and FC Stars of Massachusetts. Recent Dartmouth commit Gianna Bustamante pulls the strings in midfield, with quality players like Taylor Racioppi and Bryce Watts finishing things up front.

The weekend is a busy one for MVLA, currently looking to solidify its lead at the top of the Northwest Conference with games against De Anza Force and Pleasanton Rage. U17 WNT defender Tegan McGrady, who picked up a knock at the ECNL National Event, continues to show her class, along with Michelle Maemone and Gianna Trujillo.

Also heading into action out on the west coast is Slammers FC, with a conference matchup against Arsenal FC on Saturday. Leah Mohammadi and Kiana Palacios are both central figures for Slammers and will look to continue their impressive campaigns.

Action continues down in Texas with Lonestar SC looking to hold off Dallas Sting and the Texans in the standings. Lonestar faces Texas Rush, while the Sting and Texans go head-to-head against each other.

PDA, which hasn’t lost a game yet this season, in or out of conference, will look to continue its dominance against Scorpions SC and FC Stars of Massachusetts. Only thing more impressive than its unbeaten mark at this stage of the season is that it’s conceded one goal in 12 games so far, while scoring 26 of its own.

Another team without a loss in its conference is Freestate Soccer Alliance. Two tricky games on the road, against Ohio Elite Soccer Academy, and a very good Carmel United squad, is sure to that unblemished record to the test. U17 WNT vet Margaret Purce leads FSA’s attack. Carmel is no pushover, boasting stalwarts like Samantha Kokoska, Katy Keen and Madison Turner.

The standout duo of Hayley Dowd and Morgan Andrews have led FC Stars of Massachusetts to the top spot of the Northeast Conference, adding plenty of meaning to this weekend’s games against World Class FC and PDA.

The Utah Avalanche, boasting youth national team forward Emily Bruder, takes to the road this weekend with a pair of difficult games against Sereno SC and SC Del Sol.

Another enticing matchup in the Mountain West Conference sees the Colorado Rush take on Real Colorado. The Rush are hoping to track down the Avalanche at the top of the table, and have an incredibly deep team with Danica Evans, Gabbi Miranda and Elizabeth Raben all on the roster.