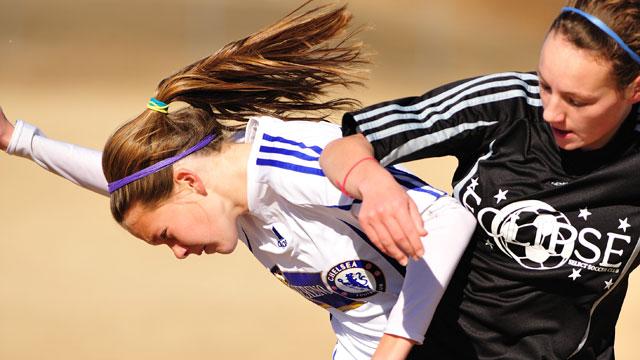 The ECNL season is young, but so far so good for Eclipse SC’s five ECNL teams.

It’s only been three games at most played by some of the teams from the U14-U18 age groups, but the Chicago-based club currently holds an 11-1-1 mark in all its competitive ECNL matches.

They’ve also outscored the competition in those 12 games 42-9, a very impressive mark.

This coming weekend however, presents the most challenging opponent yet, as the Michigan Hawks come to town, and it’s sure to be a series of extremely close matches. In all but the U15 and U17 age groups, the Hawks are just behind Eclipse in the standings, with Michigan’s U17s currently in first place in the Midwest Division Standings.

The U17 matchup should prove to be particularly enticing. The Hawks possess talented players like Rilka Noel and Megan Buckingham, while Eclipse counters with Notre Dame commitment Genevieve McGowan and Wisconsin-bound Sydney McGinnis.

Carmel United welcomes a pair of teams from the D.C. metro area to Indiana this weekend. On Saturday, FC Virginia comes to town, while Sunday Carmel takes on McLean Youth Soccer. Alexandra Rice is one to watch for United, after she opened up last weekend with a two goal, one assist performance.

Teams haven’t been able to best the Dallas Texans yet through four games, and a matchup against Solar Chelsea looms this weekend. Madison Haley and Haley Berg have been two of the more important players for the Texans up front, each with 4 goals so far this season.

FC Dallas has the chance to close out the September part of their schedule on a three game winning streak as they prepare to face D’Feeters SC. Addison McCain and Caylon McMillan have both looked good so far for FCD. 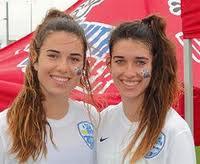 Three wins on the trot to start the season has Charlotte Soccer Academy looking to go four wins from four games in September when they host Carolina Elite Soccer Academy this weekend. Lauren Lucas, Caylin Prillaman and Katelyn Watkins have helped push the team along in the final third during the early success.

Slammers FC have picked up a win and a loss in its first two games of the season. They’ll have the opportunity to restart a winning streak and gain momentum against West Coast FC.

Games are never easy in the ECNL, and the San Diego Surf is among the teams looking to bounce back after a loss last weekend. The Surf travel to play Strikers FC, and will surely need a big weekend from Marly Canales.

MVLA’s U17s enjoyed a winning welcome to the ECNL with a 1-0 win – it’s another match against a California side on the slate this weekend, as they visit De Anza Force looking to continue that momentum.

Also in California, So Cal Blues face a tough Eagles SC side. The Blues have a number of talented players who have come along nicely, including twins Kaitlin and Taylor Klawunder, Nicole Miyashiro and Kassidy Gorman who will look to lead So Cal to a second win on the season.

The goal scoring exploits of Dallas Texans forwards Jasmine Hart and Sophie Groff have helped catapult their side to an impressive start to the season. Dallas faces Solar Chelsea this weekend, a side currently in the early days to the start of the season.

Another team scoring goals for fun in the early days of the season is TSC Hurricane. Elizabeth Keester and Kristen Killion each have five gols in the team’s first four games of the season, and they’ll look to keep things rolling with a trip to Texas to face the Dallas Sting.

Carolina Elite Soccer Academy started its season off in proper fashion last weekend with a win over the Concorde Fire. Can the Carolina Ladies pull it off again in a pair of games against Charlotte Soccer Academy and Gwinnett Soccer Association?