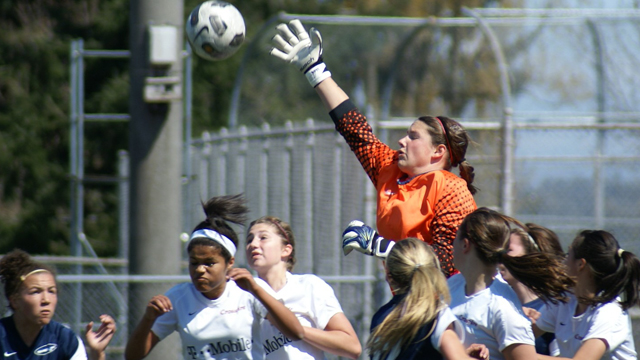 This weekend marks the second ECNL National Event of the season, as Sanford, Florida plays host to the top girls clubs in the nation for the three-day event. There are a number of quality matchups on the schedule for the event. Below is a look at just a handful of the games.

Remember to check back on TopDrawerSoccer.com throughout the weekend for exclusive coverage from the event.

FC Virginia and Concorde Fire start the weekend with a bang on Friday. Two of the top teams in the country (both undefeated) will square off at 1:45 p.m. at Seminole Soccer Complex in the Orlando area. The talented Fire attack that includes Lily Ammon (10 goals, five assists), Brook Colangelo (eight goals, 10 assists), Katie MacGinnitie (11 goals, six assists), and Gabriela Rivera (10 goals, five assists) will put to the test an FC Virginia defense that has only conceded one goal in eight games.

On Saturday, Eclipse Select Soccer Club takes on Scorpions SC in a fixture between two teams in the top 12 in the Champions League standings. Chicago-area side Eclipse has the benefit of more experience this season, as it enters the event with 15 games already played. Boston-area club Scorpions, on the other hand, has only played three games this season. U.S. U15 Girls National Team forward Zoe Redei is off to a hot start this season for Eclipse with 15 goals and seven assists in her first 10 games.

The cap to the weekend has a number of solid options from the U15 age group, but in-state squad VWI West Flames against the undefeated Freestate Soccer Alliance could be the gem of the day. The Maryland club started the season with a pair of shutout victories and will be looking to keep that streak rolling in Sanford. Midfielder Nicole Bautista leads the team in scoring with three goals on the year.

It is a top ten showdown in the Champions League standings on Friday when Ohio Elite Soccer Academy meets Eclipse Select Soccer Club. Ohio is only in the infancy of its season though with four games played. Forward Meghan Martella, three goals on the season, will face a tough challenge against the Illinois squad that has only let in six goals in 13 games this season.

Local squad Orlando City YS will face a big test on Saturday when it meets a very strong McLean Youth Soccer squad. The Virginia team is 6-1-2 on the season behind the stellar play of forward Mia Hoen-Beck, but it will be the McLean defense that needs to be sharp. Orlando has found the back of the net 51 times this season, which is best in the nation.

On Sunday, the fixture between Dallas Sting (the top team in the Texas Conference) and PDA (2-0-0 on the season) will be one to watch. Sting’s talented squad includes a bevy of scorers, which is lead by midfielder Natalie McDonough who has seven goals in 13 games.

North Carolina commit Megan Buckingham and Michigan Hawks kick off the weekend in Florida with a difficult game against Dallas Sting on Friday. Sting (8-1-1) is full of Division I commits and will pose a big threat to the Hawks’ undefeated record (10-0-1).

Saturday features a matchup between a top team from the West Coast against a top squad from the East Coast when CASL Chelsea Ladies (North Carolina) take on Crossfire Premier (Washington). CASL (8-2-4) has the advantage of experience with Crossfire only two games into the season. The Seattle club will be counted on standout goalkeeper Emily Boyd (California verbal) to clean up any errors in the defense.

Charlotte Soccer Academy, currently top of the Southeast Conference, could use a big weekend to climb up the Champions League standings. CSA ends its stay in Florida with a game against Freestate Alliance, which is 2-0-0 on the season. Freestate has rolled through opponents this season with a plus 12-goal differential.

Florida commit and Concorde Fire forward Savannah Jordan could retake the top spot in the nation in goals scored after this weekend. Jordan has 24 goals this season and only trails Colorado Rush’s Danica Evans, who will not be playing in Florida. The prolific scorer takes on last year’s ECNL finalist Michigan Hawks on Friday at 8:00 a.m. then faces PDA and Ohio Premier Eagles to round out the three-game event.