ECNL Preview: Pressure of May 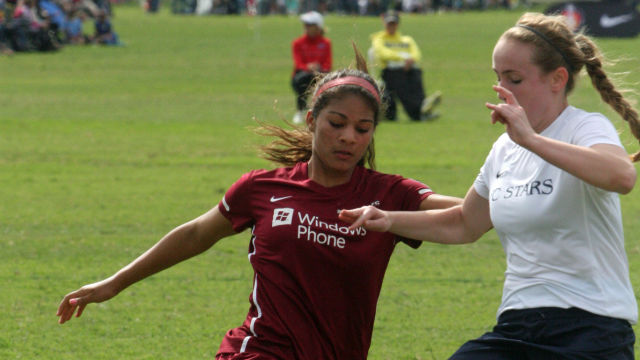 With a new month, postseason play draws closer and closer for clubs in the ECNL.

Another busy slate of action looms this weekend, and along with normal action in league play, a U14 Event is scheduled for Colorado, and a Player Development Program in Richmond, Virginia will leave a few clubs in Maryland and Virginia a bit shorthanded – although most aren’t playing in league action. 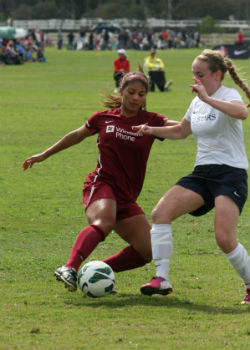 Here’s a look at some of the biggest matchups of the weekend:

Clubs in the Midwest are traveling to the Denver suburbs for the national event and a chance to compete in front of scouts. Among those competing are Eclipse SC, Minnesota Thunder, Utah Avalanche, FC Wisconsin Eclipse, Colorado Rush, Sporting Blue Valley and Colorado Storm.

That’s far from the only action taking place in this age group. PDA, holding a perfect 12-0-0 record in conference, puts that record on the line with a weekend matchup against Penn Fusion.

FC Dallas is one of the teams in need of points if it hopes to qualify for the postseason, sitting in third place in the Texas Conference. Two games against the Dallas Sting and TSC Hurricane signify opportunity for FCD.

Currently riding a four-game winning streak overall, and a 10-0-0 record in the SoCal Conference, the San Diego Surf has just four games left in the season. Games against West Coast FC and So Cal Blues are next up on its slate.

A clash of the top two teams in the Northwest Conference is sure to create a spectacle between the clubs. Santa Rosa United currently holds a one-point lead over Mustang SC, with plenty riding on their Saturday encounter. Midfielder Taylor Ziemer and Forward Madison Gonzalez will look to continue their offensive success for Santa Rosa.

There are lots of games up in the Northeast Conference. FC Stars of Massachusetts, second place in the conference, has a busy weekend with two road games against Albertson Fury and East Meadow SC.

It’s the conclusion to the regular season slate for the Atlanta Fire, playing its first game since the end of February against in state rivals Gwinnett Soccer Association, with both teams looking to solidify playoff position.

At this point in the season, results are especially important out in the So Cal Conference. The top two teams in the conference, Real So Cal and Slammers FC square off on Saturday. Slammers also take on Strikers FC, with Kiana Palacios and Leah Mohammadi among the Slammers players aiming to impress.

There are also big games up in the Pacific Northwest. MVLA is making the trip up to the Seattle region for games against Crossfire Premier and Washington Premier. The clash with Washington represents a meeting of the top two teams in the Northwest Conference. Also traveling up there for a pair of games is the Pleasanton Rage.

Few teams have been as dominant in the ECNL so far this season like PDA. This weekend is a rematch of their only blemish in conference play; facing a Penn Fusion side they drew 0-0 against on April 20. PDA’s talent includes Meaghan Mulligan, Lauren Jankowski, Rachel Corboz and Schuyler DeBree to name just a few.

FC Dallas can make a push for the playoff, but this weekend is certain to be crucial in those aspirations. Games on the road against Dallas Sting and TSC Hurricane certainly won’t be easy, but with the right result, FCD could make the push.

Mustang SC will look to extend its lead at the top of the Northwest Conference with a game on Saturday against Santa Rosa United. With four games left in its regular season, Mustang can solidify its hopes of postseason soccer.

Anna Beffer, Kristen Killion and Elizabeth Keester have all provided consistent offense for TSC Hurricane this season, and with three games left in the season, they’ll knock out two of those games this weekend. A first place finish could be out of reach for the Hurricane, but wins against D’Feeters SC and FC Dallas might draw them closer to that possibility.