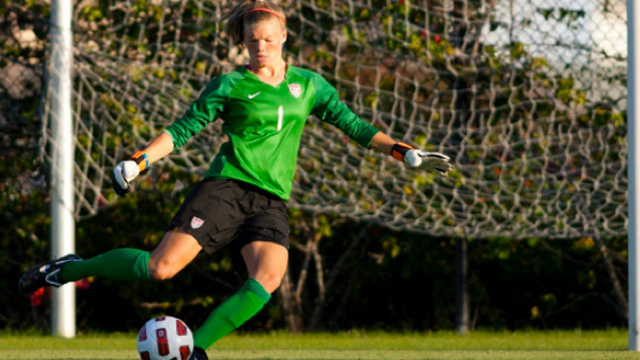 With the disappointment in the rear view mirror, the return of ECNL action provides a chance for members of the U.S. U17 WNT to erase memories of their tough World Cup campaign.

The U.S. was knocked out in heartbreaking fashion, exiting on goal differential after a 1-1 draw against North Korea, finishing tied for first in Group B yet not moving on because France and North Korea had outscored the U.S.

While for some, this might be a weekend off after the grueling schedule of Azerbaijan, several of the clubs featuring U17 stars will be back in action. This group includes goalkeeper Jane Campbell (Concorde Fire U18) who plays Birmingham United, as well as Morgan Reid, Claire Wagner and Joanna Boyles (CASL Ladies U18) who face Charlotte Soccer Academy to name a few.

But those players won’t be the only ones in action, as elite talent from across the nation heads into competition, looking to impress scouts and colleges alike.

Carmel United will look to build off a strong start to the season, entering this weekend with two wins and a tie. Alexandra Rice, a forward with 4 goals so far in the first three games is hoping to maintain her impressive beginning to the season. 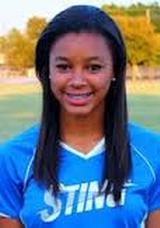 Another club out east that’s picked up impressive results in the opening weeks of action has been PDA. After back-to-back 6-0 wins, they’ll take on World Class FC before getting a weekend off to rest.

While the teams out west matchup, several U14 teams – which generally don’t travel to Showcase events, like the one last weekend in Phoenix – are all heading to different pockets of the country for a variety of soccer festivals. A handful of teams are heading to Illinois, while others are traveling to Washington.

It’s certainly going to be a close and contentious battle in the Mountain West Conference this season. The Colorado Storm takes on Real Colorado, a pivotal meeting of teams ranked second and third in the conference. Amanda Lopez and Sydney Cooper have excelled so far for the Storm.

The Dallas Sting’s ECNL season has enjoyed a bright start, with Jordan Harr, Cyera Hintzen, Savanna Jones and Lakyn Pope all scoring at least four goals at this point. This weekend, the Texas schedule continues with a pair of matchups, against Solar Chelsea and D’Feeters.

Looking at the Texas Conference standings, it’s clear that Albion Hurricanes FC need a good weekend to keep pace with the other talented clubs around them. They’ll get a chance to best seventh place Texas Rush.

The first ECNL Showcase for MVLA went pretty well for this age group, emerging from the Arizona trip with a win and two draws. The regular season slate continues this Sunday, as Mustang SC pay a visit, an important Northwest Conference matchup.

Lonestar SC’s Katie Glenn has been impressive so far this season, with seven goals through the team’s first seven games of the season. This weekend, she’ll have the chance to add to that total with Challenge SC the looming opponent.

Sporting Blue Valley’s showcase experience went pretty well, with two wins and a loss against some west coast competition. They’ll return to conference play this weekend with a home meeting with St. Louis Scott Gallagher, looking to build on the two opening conference wins of the season.

It’s an all-Michigan battle this coming Sunday, with Vardar taking on the Michigan Hawks. Both teams are pretty loaded with talent, as the Hawks count on players like Megan Buckingham and Rilka Noel, while Vardar, who trails in the conference standings, rely on the likes of Taylor Timko and Carina Wilden.

Eclipse SC may have lost their first game of the season last weekend at the ECNL Showcase, but the club remains a perfect 4-0 in conference play to this point. Can Sockers FC put an end to that run when the two teams square off on Sunday? Sockers have played just one game so far in the Midwest, so they’ll look to start building momentum early on here.

Down in the Southeast, Gwinnett Soccer Association has yet to drop a game in its first seven games of the season – including three games in the showcase last weekend. Atlanta Fire is on the docket for this weekend, as Gwinnett looks to maintain momentum.